Posted at 21:05h in Discoveries, Voyager news by sarita
Share 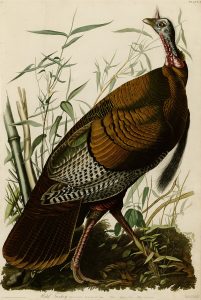 The UNE Discovery team has been busy engaging with and inspiring visitors at the Farm of the Future Pavilion at the 2019 Royal Easter Show in Sydney. I joined the team for the first week of the show and I have had a wonderful time showing visitors insects under the microscope, bat poo, river red gums, bees and dung beetles as part of our “Birds, Bats and Beneficials” interactive display.

Being a chicken lover, a visit to the poultry pavilion was on my “to do” list for the Easter Show. So on one of my free afternoons, I grabbed some lemon pancakes for lunch, and started wandering through the Poultry pavilion. I came to a pen holding a large male turkey (called a gobbler). He was puffing himself up and strutting to impress the ladies. As I watched his face, the flap of skin that hangs down over his beak started to retract and it was pulled right up over to the top of his head. What??!! Did I just see that?? I watched closely again, as he let the flap of skin drop over his beak, and then do the same thing! I was absolutely amazed! I wanted to squeal with excitement! I had never seen a turkey do that before! As I relayed the story to the Discovery team over dinner that night, we all squealed with excitement as we watched YouTube clips of gobblers doing the same thing.

Turns out the flap of skin is called a snood. Yes, a snood. A turkey’s snood is a distensible process that can be found on top of the turkey’s beak (Buchholz 1995). It can be extended and retracted. In its relaxed state, it is shortened and sits neatly on the top of the beak. This snood functions in sexual selection; in wild turkeys females prefer males with longer snoods and males with longer snoods have been shown to have lower parasite burdens (Buchholz 1995). So by choosing to mate with longer snooded males, females may be gaining genetic benefits for their offspring in terms of good genes for parasite resistance. Male wild turkeys also assess potential male competitors based on snood length, with dominant males having longer snoods than their subordinates (Buchholz 1997).

There are two things that I took from watching that turkey. First, I had no idea that gobblers had a retractable snood, and that it functioned in sexual selection. Amazing! Second, and most importantly, we are never too old to squeal with excitement at things that amaze us! It is this exact notion of curiosity and discovery that we hope to foster in our visits to schools; to inspire, amaze and excite kids about discovering new things, and to give them the confidence to explore the world around them.  As a science educator, it is truly wonderful to have those “squeal with excitement” moments myself to remind me of how amazing such moments are, and to then encourage children to capture the same moments for themselves.