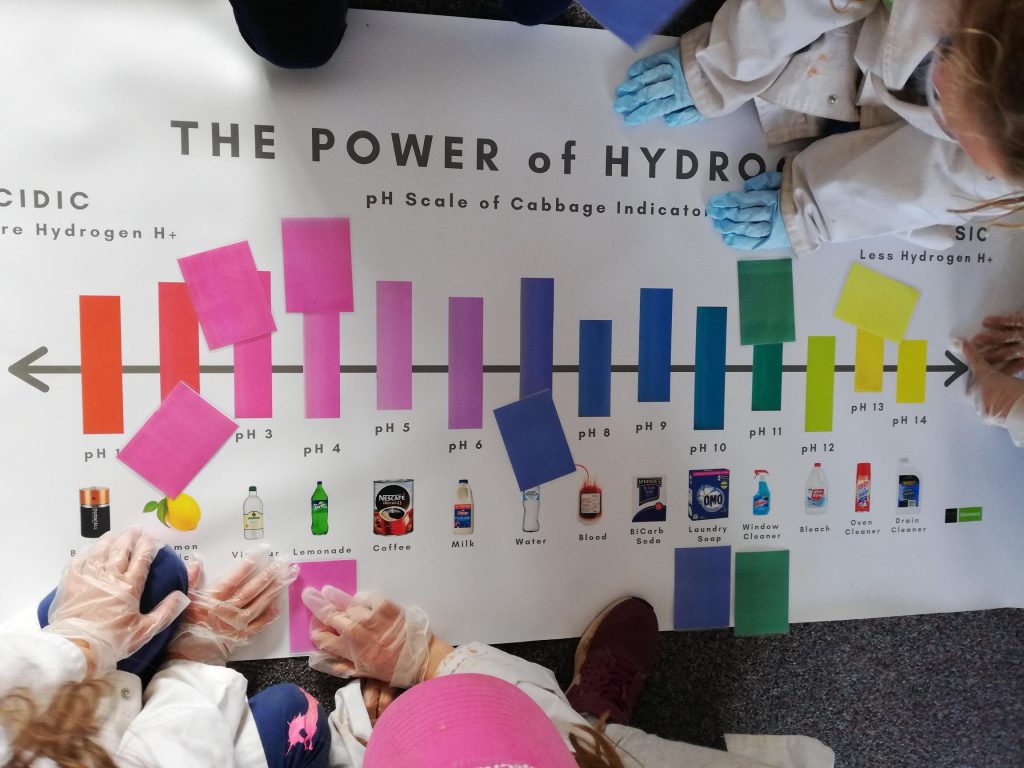 For some, school holidays are seen as break from learning. But, if you’re really lucky, it can be a chance to learn something even cooler than what you might ordinarily learn in school. This was the case around Armidale, Guyra, and Glenn Innes during the July school holidays, because even though school was out the UNE Discovery Voyager team was still on the road!

On Wednesday 10th July, in the first week of the school holidays, the first stop was the Guyra Library and the first of many chemistry adventures. Public and out of school hours (OOSH) groups came along to learn all about molecules, chemical reactions, and acids and bases. And of course, it wouldn’t be chemistry without an explosion or two!

On Friday 12th July it was on to the Armidale Library where we broke all the rules and made lots of noise as we learned about the Physics of Sound. The lucky students got to use all manner of noise making devices as they explored how those curious little sound waves work. But that wasn’t all that was on offer as participants also got the opportunity to learn all about programming and coding in our Busybots activity. By learning how coding works and having a chance to program their own robot, the students got to explore our exciting robotic scenarios in the deep sea trenches, on the farm, inside the bloodstream, on a factory floor and all the way to Mars.

As week two of the holidays rolled around we were back into chemistry mode. On Monday 15th July we visited the Armidale PCYC, who bravely let us turn one of their rooms into a chemistry lab and we were again exploring molecules and trying to identify mystery liquids by testing the power of hydrogen (pH).

Later in the week on Thursday 18th July, we found ourselves at the Glen Innes Library and OOSH centre where Creative Chemistry was again the order of the day. It’s easy to see why this is one of the most popular activities on the Discovery roster at the moment – the students get to wear lab coats and safety glasses and be true scientists ready to make new discoveries. After the last explosion of chemistry it was on to the Sound Factor, Voyager’s interactive theatrical show exploring the different ways sound works and can be used. And lastly, high school students got in on the fun discovering some palaeontology processes with our Weighing Giants activity. After making some dinosaur models, and doing just a little bit of maths, the students discovered how to weigh a giant and to assess where some of the errors in their models may have come from. There were certainly some interesting, and very muscular, ‘dinosaur’ designs on the day.

And finally, 19th July signalled the last Friday of the holidays, and we had one last visit to make to the Armidale Library. This time it was with our Living Latin activity, which gave the students a chance to unleash their creativity and design and build their very own creature. Once they had finished crafting their fantastic beasts, participants gave their creature a scientific name using Linnaeus’ Latin binomial system. Using Latin terms to describe the distinctive features of their creatures and come up with realistic scientific names, like the clever little Homo sapiens they are!

There are a few differences in the sessions in the school holidays compared to in the school environment. Typically the sizes of school holiday groups were smaller than what we see in a classroom, so it is wonderful for UNE Discovery facilitators to have more one-on-one time with participants to get the most out of the experience. Many students stayed after the activities to ask questions and talk about the science, and play, they had engaged with. It was extremely encouraging to see how interested in science play the kids were, and how outside of the school environment they were eager to keep learning and discovering. These school holiday activities are also a fantastic opportunity for parents and carers to see first-hand the types of activities that UNE Discovery Voyager takes to schools around northern NSW.  We received a lot of positive feedback and cannot wait for the chance to do it all again next school holidays!  See you there!