01 Feb The Doers of Science

Posted at 13:49h in Voyager news by Andrea Jaggi
Share

UNE Discovery’s adventures aren’t confined to the bounds of term time, with several visits to local venues for some school holiday excitement. In mid-January we hosted the ConocoPhillips Science Experience, with 23 eager and enthusiastic students joining us on campus for an exhilarating and STEAM filled three days (read more here). These students, many from regional areas, are given a taste of University life through hands-on science practicals and experiences. The students’ energy is enthralling – they discover sciences they weren’t aware existed, and as we steer away from the broad scale biology, chemistry and physics, and hone in on UNE’ strengths of pure and applied, biomedical, environmental and rural sciences, students are inspired to be things they didn’t know they could be. This throws back to something mentioned by our Program Leader, Dr. Kirsti Abbott, after the event – “Students can’t be what they can’t see”. As students return to school, I find myself with some lab time to ponder this. If children can’t experience science as it is in the real world, how can they be expected to aspire to career in the field.

Recently on a popular social media site, a screen shot from an ‘influencer’ was posted, and as with many similar statements floating around the ether, I just can’t stop thinking about it:

“Like did you really live your full school experience if you didn’t get kicked out of science?”

Like the schoolyard banter that is passed from student to student over the years, it would appear that students aren’t experiencing a value for science, which is evidently the laughingstock of the school curriculum. It seems ironic, really, that at an age where students are naturally curious to explore their world and discover new things, there’s a mindset producing disengagement, often building to a point where they just don’t want to study science.

Congruent with our beliefs, research tells us students should be ‘doers of science’ rather than receivers of facts[1], but if the main purpose of studying science at school is to do and inspire, and increase the flow of graduates into STEM related fields, then shouldn’t kids be excited to enter the science classroom? Eager to learn? I do think many students have a love-hate relationship with science. This conundrum has played on the minds of many, in that some students are being encouraged to ‘play-up’ by their peers in science lessons, although the students eliciting this encouragement are often those engaged by science that steers away from a textbook, to a more hands on, critical thinking way of learning. This leading back to the idea that students can’t be what they can’t see, or in this case, they can’t be what they can’t experience. It is only when students begin to experience science regularly and in a way that relates the various areas of the discipline, that they can begin to think like a scientist, which is such an important part of become scientifically literate[2]. 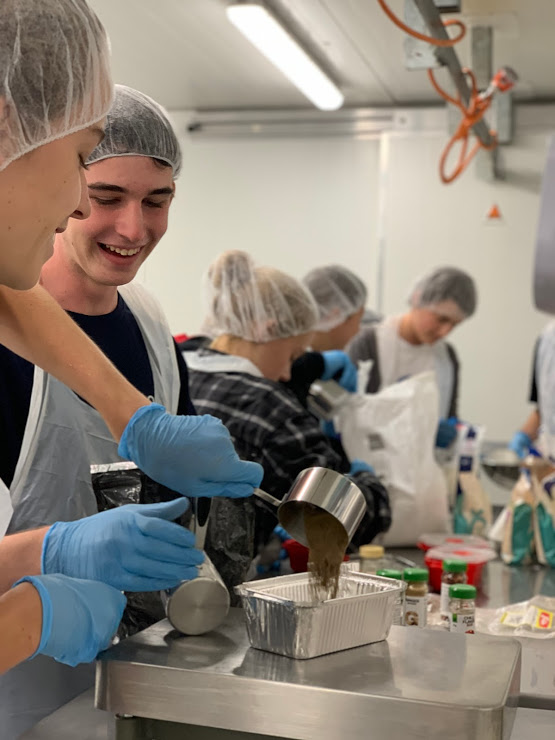 Asked to write on my experiences with the UNE Discovery program over the past few years, and moving into a relieving managers position as Siobhan goes on maternity leave, got me thinking of the role we play in eliciting these experiences. And pardon the bias, but I think it’s rather large.

Let’s think of hands-on, experiential education as the elephant in the room; science classrooms typically aren’t huge, so we have an enormous metaphorical mammal that has an enormous presence, yet as a teacher, it can be difficult to implement. When looking to conceptualise these ideas, educators often face a barrage of safety considerations, limited resourcing and time constraints making it difficult to achieve their learning goals through the ‘doer’ approach. With Discovery, we are able to remove these constraints, and students are given the power to exercise curiosity-driven science, arranging giant planets to investigate astronomy, assembling giant brains in neuroscience, performing ecological surveys, executing palaeontological digs, and undertaking large scale catalytic experiments, like explosive elephant’s toothpaste – all of which can inspire students to think like a scientist, act like a scientist, and ultimately, maybe, hopefully, be a scientist.

When we visit schools, students, like those part of the ConocoPhillips Science Experience, are often in awe that some of the sciences we facilitate are actually a thing. This in itself is testament to the need for a greater diversity of experiences to be had. And when students are empowered to learn something complex and meaningful, it makes them feel valued and elicits a confidence within. I facilitate our Neuroscience activity, where we explore our brains through first unpacking neuroanatomy, then discovering how the organ can be controlled in various ways. You might be thinking ‘Neuroscience?! How on earth can you teach neuroscience to school students?!’, having in mind these are often Kindergarteners. The key is we are not necessarily teaching, and instead facilitating their own learning experiences through exploring parts of the brain, piecing each lobe together as they discover its role, experimenting with technology that displays our brains responses, and discussing as a class the science behind what’s going on up there, allowing students to have their own magical discoveries. The Discovery team have these experiences on a regular basis, and boy oh boy does it hit us in the feels.

It is important to recognise that not all students will study science. It is not our aim to force students to study science, but instead provide experiences that allow for a navigation of interests, and opportunities for informed aspirations to be created within supported learning environments. We need to position students as active agents in their own knowledge construction and ultimately provide them with experiences and confidence to STEAM into the future.