08 Mar Who is Katherine Johnson?

Posted at 21:25h in Voyager news by verso
Share

In celebration of International Women’s Day (8 March), we thought we’d pay tribute to Katherine Johnson, a remarkable American woman who passed away at the age of 101 on 24 February 2020.

Katherine Johnson was an American mathematician who played a key role in numerous NASA missions during the years of the Space Race, perhaps most notably calculating the trajectory needed to get the Apollo 11 mission to the moon and back. As a black woman working for NASA in the 1950s and ‘60s, Katherine overcame social boundaries and racial discrimination.

As a child, she had a keen interest and fascination with numbers. Her hometown didn’t offer public schooling for black children past the eighth grade so her family moved 190km away so that she could attend high school.  She started high school at 10 years old and by 14 she had completed her high school education and started college (now West Virginia State University).  In 1937, at age 18, Katherine graduated with the highest honours with a bachelor’s degrees in mathematics and French. 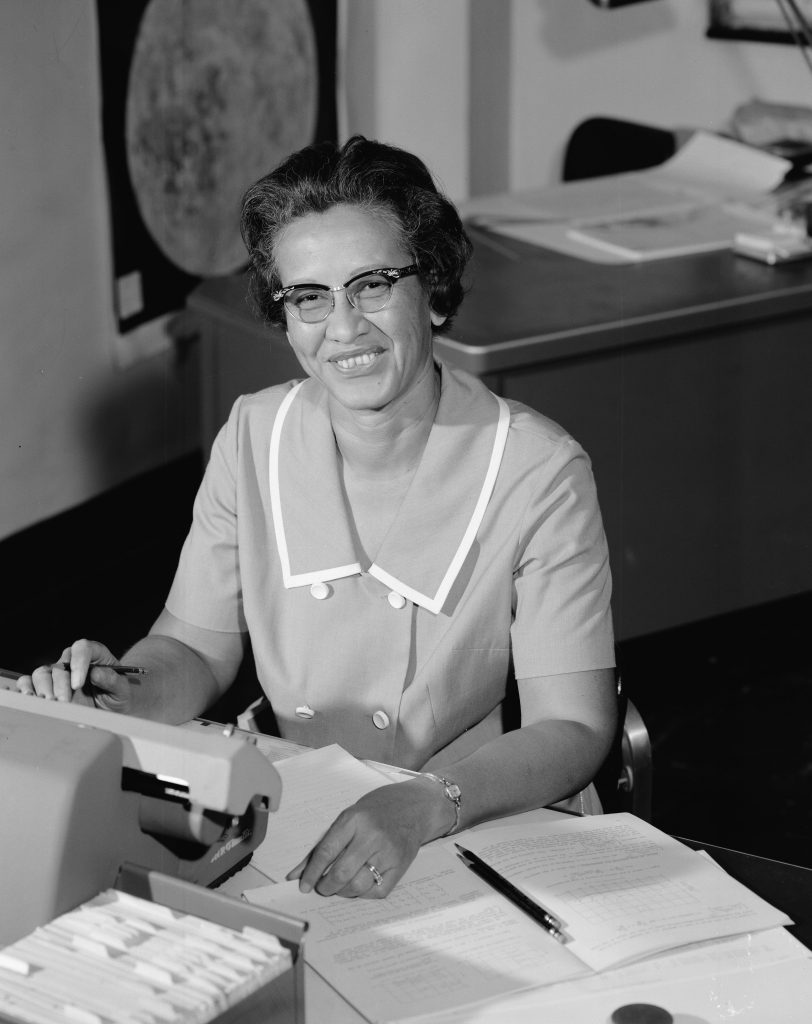 Katherine Johnson at her desk 1966, NASA

After teaching for a few years, she was accepted into a graduate mathematics program at West Virginia University, the first black woman to attend the school. A year into her coursework, she left the course to raise her three daughters with her husband, James Goble.  James died in 1956, and three years later she married James Johnson.

In 1952, a relative told her about an exciting new opportunity: The National Advisory Committee for Aeronautics (NACA), the predecessor to NASA, was hiring black women to solve math problems. Katherine applied and along with a group of African American women, were employed at the Langley Research Center, where they were tasked with performing and checking calculations for flight tests, and performing manual mathematical calculations for NASA engineers. They were known as the “human computers” analysing test data, and providing mathematical computations that were essential to the success of the early US space program.

During this time, NACA was segregated, and the women were required to work, eat and use restrooms separately from white employees. Katherine largely ignored the racial and gender barriers of the time and became the first woman in the Flight Research Division to be credited as an author on a research paper.  In the late 1950s this was a huge milestone for women. In 1958, NACA was incorporated into the newly formed NASA, and segregation was banned.

Johnson’s passion was geometry, which was useful for calculating the trajectories of spacecraft. For NASA’s 1961 Mercury mission, she knew that the trajectory would be a parabola, a type of symmetrical curve. So when NASA wanted the capsule to come down at a certain place, she was not deterred.

“You tell me when you want it and where you want it to land, and I’ll do it backwards and tell you when to take off,” Johnson said.

Subsequent orbital missions were more complicated, with more variables involving the position and rotation of the Earth, so Johnson used a celestial training device to perform her calculations.

Johnson was tasked with calculating the trajectory for Alan Shepard’s historic flight, during which he became the first American to reach space. She also confirmed the trajectory to send the first American into orbit around the Earth. By this time, NASA had begun using electronic computers to perform these tasks, but the machines could be a little temperamental. Before his Friendship 7 mission, astronaut John Glenn requested that Johnson personally recheck the calculations by hand. “If she says they’re good, then I’m ready to go,” Glenn said. 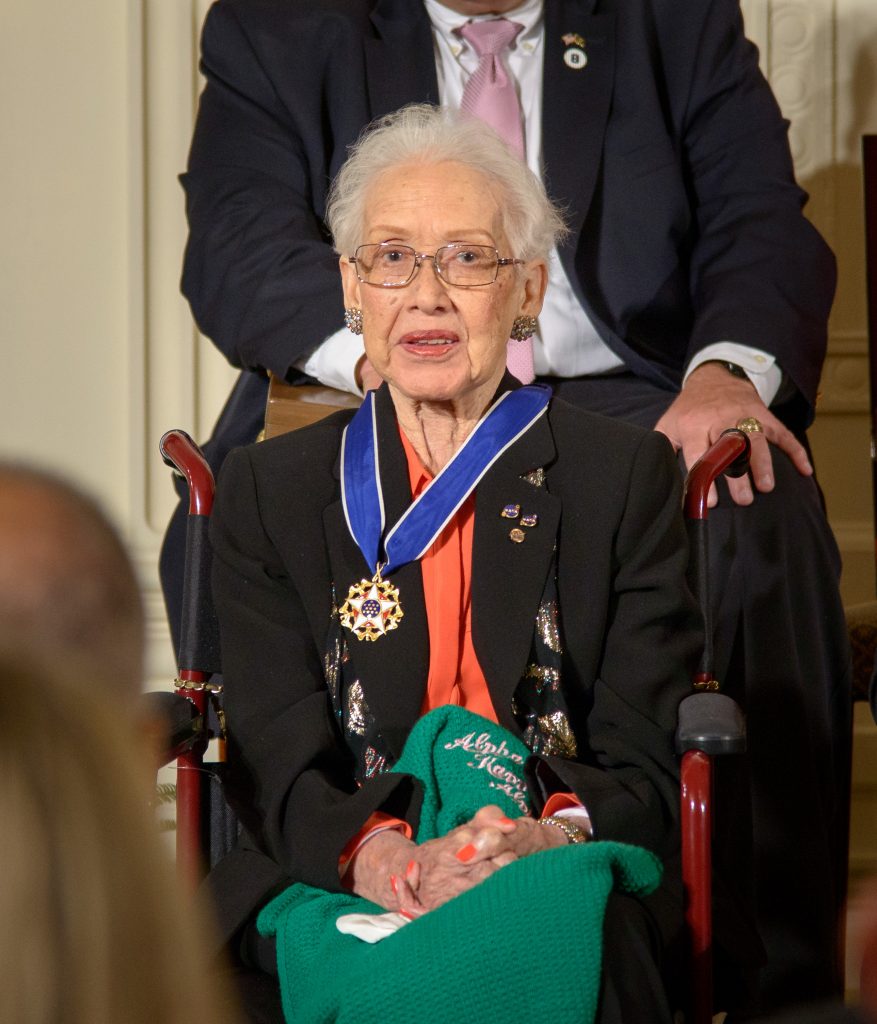 The next challenge was to send humans to the moon, and Johnson’s calculations helped sync the Apollo 11 lunar lander with the moon-orbiting command and service module to get the astronauts back to Earth. She also proved invaluable on the Apollo 13 mission, providing backup procedures that helped ensure the crew’s safe return after their craft malfunctioned. She later helped to develop the space shuttle program and Earth resources satellite, and she co-authored 26 research reports before retiring in 1986.

After retirement, Johnson liked to travel, play bridge, watch sports and spend time with her family. She often spoke with students about her extraordinary career, encouraging them to pursue STEM education. Johnson told them, “We will always have STEM with us. Some things will drop out of the public eye and will go away, but there will always be science, engineering and technology. And there will always, always be mathematics. Everything is physics and math.”

Katherine served on different panels and would hear from students who told her they decided to go into a STEM career after listening to her talk. She kept in touch with NASA employees and would call on them, when needed, to help drive home the importance of STEM to audiences.  In 2015, President Barack Obama awarded Katherine the Presidential Medal of Freedom, America’s highest civilian honour. In 2016, the NASA Langley facility at which Johnson worked renamed a building in her honour: the Katherine G. Johnson Computational Research Facility.

Check out the books “Hidden Figures” written by Margot Lee Shetterly, and “Reaching for the Moon”, an autobiography for young readers.  Hidden Figures was also made into a movie, released in 2016, and one which we highly recommend.