Posted at 14:00h in NHM by Andrea Jaggi
Share 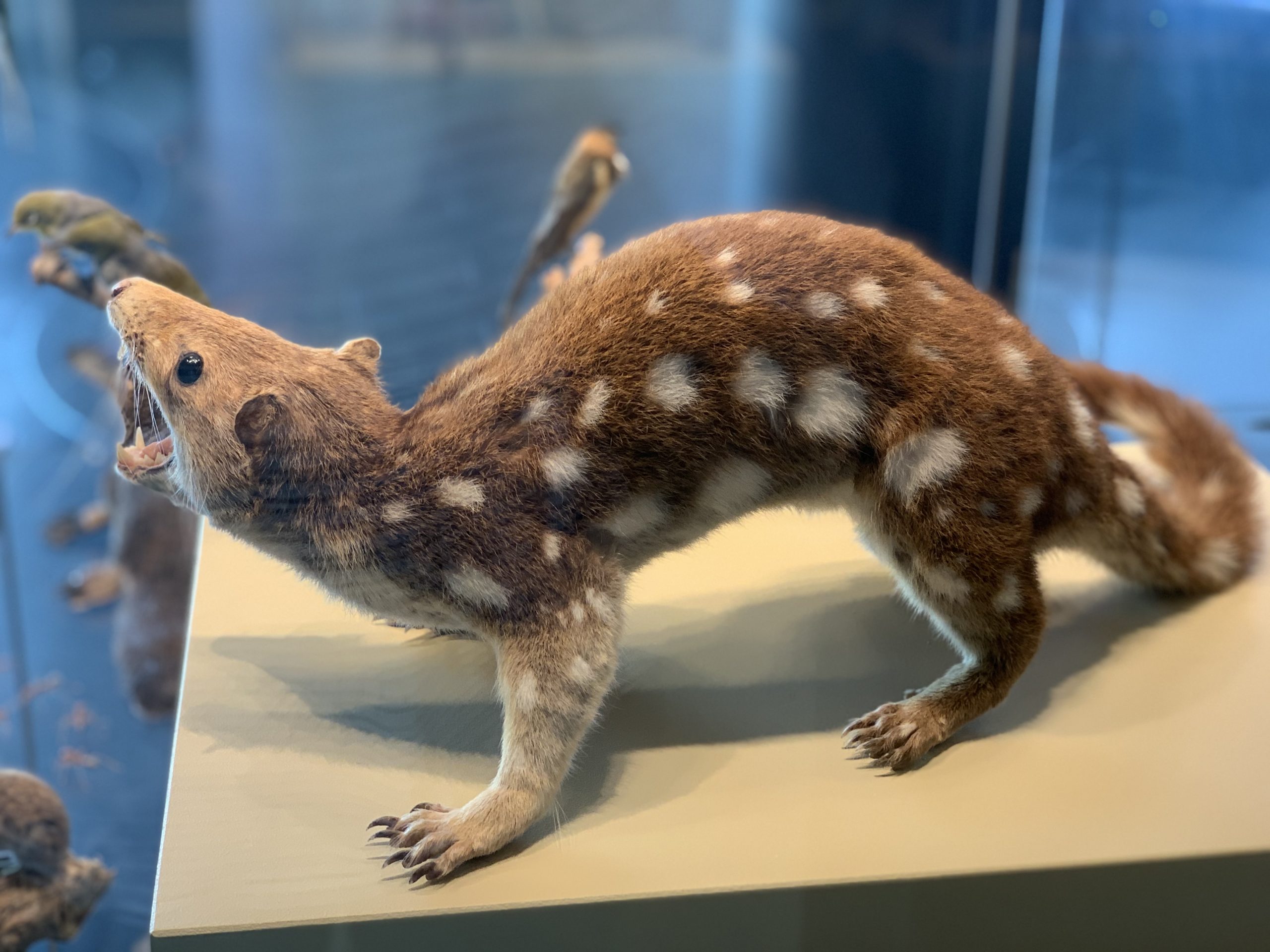 Our mystery animal is the Spotted-tailed Quoll, also known as the Tiger Quoll! The scientific name of this animal is Dasyurus maculatus.

The Spotted-tailed Quoll was once common throughout south-eastern Australia. However, since European settlement quoll numbers have fallen. Threats to quolls include loss and fragmentation of habitat, predation by foxes and cats, poisoning by cane toads, and car collisions while they are feeding on the road-killed carcasses of other animals. Quolls can also be targeted and killed by landholders when they kill poultry such as chickens.

Check out NSW Environment for the animals threatened species profile here For more on Spotted-tailed Quolls, check out this For some super cute baby quolls, check this out