Posted at 16:30h in NHM by Andrea Jaggi
Share 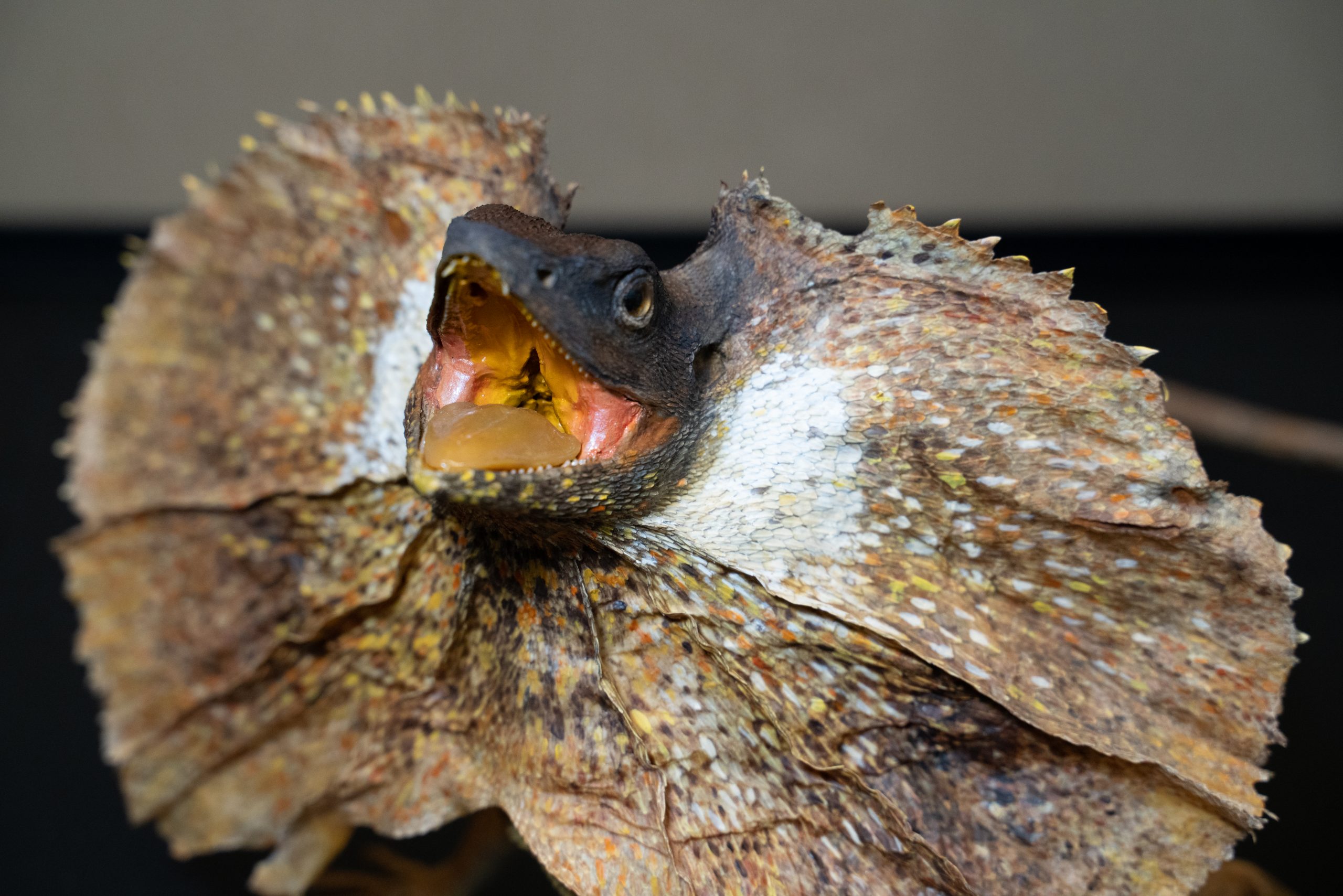 Our mystery animal is the Frilled-Neck Lizard!

Its scientific name is 𝘊𝘩𝘭𝘢𝘮𝘺𝘥𝘰𝘴𝘢𝘶𝘳𝘶𝘴 𝘬𝘪𝘯𝘨𝘪𝘪. As their name suggests, Frilled-Neck Lizards (also known as frillnecks) have a large, loose ‘ruff’ or ‘frill’ around their neck that they can spread out when they are threatened.

How do you think the spreading of this frill might help protect the lizard from threats like predators? Do you think it would make the lizard look bigger or scarier?

Even part of the lizard’s scientific name refers to this amazing frill! The name Chlamydosaurus is derived from the Ancient Greek chlamydo, meaning “cloaked” or “mantled”, and saurus, meaning “lizard”. Frillnecks can also use their frill to communicate with other frillnecks. For example, males are territorial and the frill is displayed when males are about to fight each other. Frillnecks are large lizards (up to 90 cm total length) and the frill can be spread to a diameter more than four times that of the lizard’s body!

Are you curious for more? Check out the links below!