27 Apr ☀️Create Your Own Sundial

Posted at 15:10h in Curiosity Series by Andrea Jaggi
Share

Create Your Own Sundial

🤔What makes you curious?🤔Follow on with Andréa as she explores her curiosity below!The sun and the idea of time has always made me curious. How was time developed in the first place? And why can we use the sun to tell the time? I'm not an astronomer, so I thought I'd check in with Phil, Discovery's resident astrophysicist, to answer some of my curiosities. You can check out his answers to:⌚️How did people long ago develop the idea of time? ☀️How did they use the sun to tell the time? 🧭And, what are sundials and why are they important? Here: www.unediscoveryvoyager.org.au/resources/The idea that the oldest sundial dates back to around 5500 years ago blows my mind. This got me thinking, how cool would it be if we could make one of our own!Check out the video below to see just how easy it is create your own sundial at home. That way, you can tell the time without checking the clock inside! Head to the link above for full instructions so you can play along at home.

The sun and the idea of time has always made Andréa curious. How was time developed in the first place? And why can we use the sun to tell the time?

I’m not an astronomer, so I thought I’d check in with Phil, Discovery’s resident astrophysicist, to answer some of my curiosities. Check out his answers below!

How did people long ago come up with the idea of time?

Ever since humans first noticed the regular movement of the Sun and the stars, we have wondered about the passage of time. Prehistoric people first recorded the phases of the Moon some 30,000 years ago, and recording time has been a way by which humanity has observed the heavens and represented the progress of civilization.

There are various theories about how the 24-hour day developed. The fact that the day was divided into 12 hours might be because 12 is a factor of 60, and both the Babylonian and Egyptian civilisations recognised a zodiac cycle of 12 constellations. On the other hand, (excuse the pun) finger-counting with base 12 was a possibility. The fingers each have 3 joints, and so counting on the joints gives one ‘full hand’ of 12.

Ever since human beings have existed, we’ve measured time by observing the natural world: the flux of seasons, the dance of heavenly bodies across the sky. More than 30,000 years ago, men and women in what’s now central Europe tracked the moon and stars by carving notches into mammoth tusks. From Stonehenge to the ancient Chinese observatory at Shanxi, many Neolithic structures were originally built to mark the midwinter solstice and celebrate the start of a new year. Some 4,000 years ago, it was the summer flooding of the Nile that signaled to ancient Egyptians that another year had passed. Shifting our gaze over centuries from celestial spheres to the smallest slivers of matter, we have become timekeepers of extraordinary precision. Today’s atomic clocks, which operate by measuring the vibrations of strontium atoms as their electrons vault between energy levels, are so accurate that they won’t lose a single second over the next 15 billion years.

How did they use the sun to tell time?

It is thought that, like most agricultural societies, the ancient Egyptians originally organized their calendar according to the cycles of the moon and the agricultural seasons. Most scholars agree that the Egyptian day began at dawn, before the rising of the sun, rather than sunrise. The daily cycle was divided into twenty-four hours: twelve hours of the day and twelve hours of the night, the latter apparently reckoned based on the movement of groups of stars (“decans”) across the night sky. Beginning in the New Kingdom (ca. 1500 B.C.), there is evidence that sundials, shadow clocks, and water clocks were used to measure the passing of the hours. There is no evidence that the Egyptians tracked minutes or seconds, although there are general terms for time segments shorter than an hour. The month was organized into three weeks of ten days each, with the start of the lunar month marked by the disappearance of the waning moon.

How did they use the sun to determine the year?

Greek calendar, any of a variety of dating systems used by the several city-states in the time of classical Greece and differing in the names of their months and in the times of beginning the year. Each of these calendars attempted to combine in a single system the lunar year of 12 cycles of phases of the moon, totaling about 354 days, and the solar year of about 365 days. Generally, three extra months were intercalated in every period of eight solar years. This practice, which was adequate to keep the calendar roughly in step with the seasons, seems to have been in force as early as the 8th century bc. Months, each of which contained either 30 or 29 days, began with the new moon. The Greek calendar that has been most studied, the Athenian, customarily began its year with the first new moon after the summer solstice.

What was the first sundial?

Sundials are the oldest known devices that are used to measure time. It depends on the rotation and movement of the sun. As the sun moves from east to west, the shadows formed predict the time of the day. The Egyptians were the first to use the sundials. They used a stick or pillar called the gnomon. Time was calculated depending on the length of the shadow.

The Egyptians built a t-shaped sundial comprising of a crossbar and a vertical stick. On the stick, five hours were written. In the morning, the stick was placed facing east, and in the afternoon, the stick was placed facing west. The Egyptians and Babylonians built obelisks to calculate time as the shadows cast were similar to a sundial. It also helped to calculate the longest and shortest day of the year. In time, Egyptians build portable sundials, a smaller version of the obelisks. 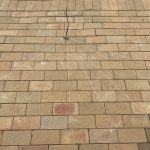 Want to create your own sundial?

The idea that the oldest sundial dates back to around 5500 years ago blows my mind. This got me thinking, how cool would it be if we could make one of our own!

Check out the video above to see just how easy it is create your own sundial at home. That way, you can tell the time without checking the clock inside!

Here’s what we need to do:

This experiment does rely on it being nice and sunny, but you can always do it over a couple of days.

Have fun creating your very own sundial! We’d love to see your creations on our Facebook page.