Posted at 15:54h in NHM by Andrea Jaggi
Share 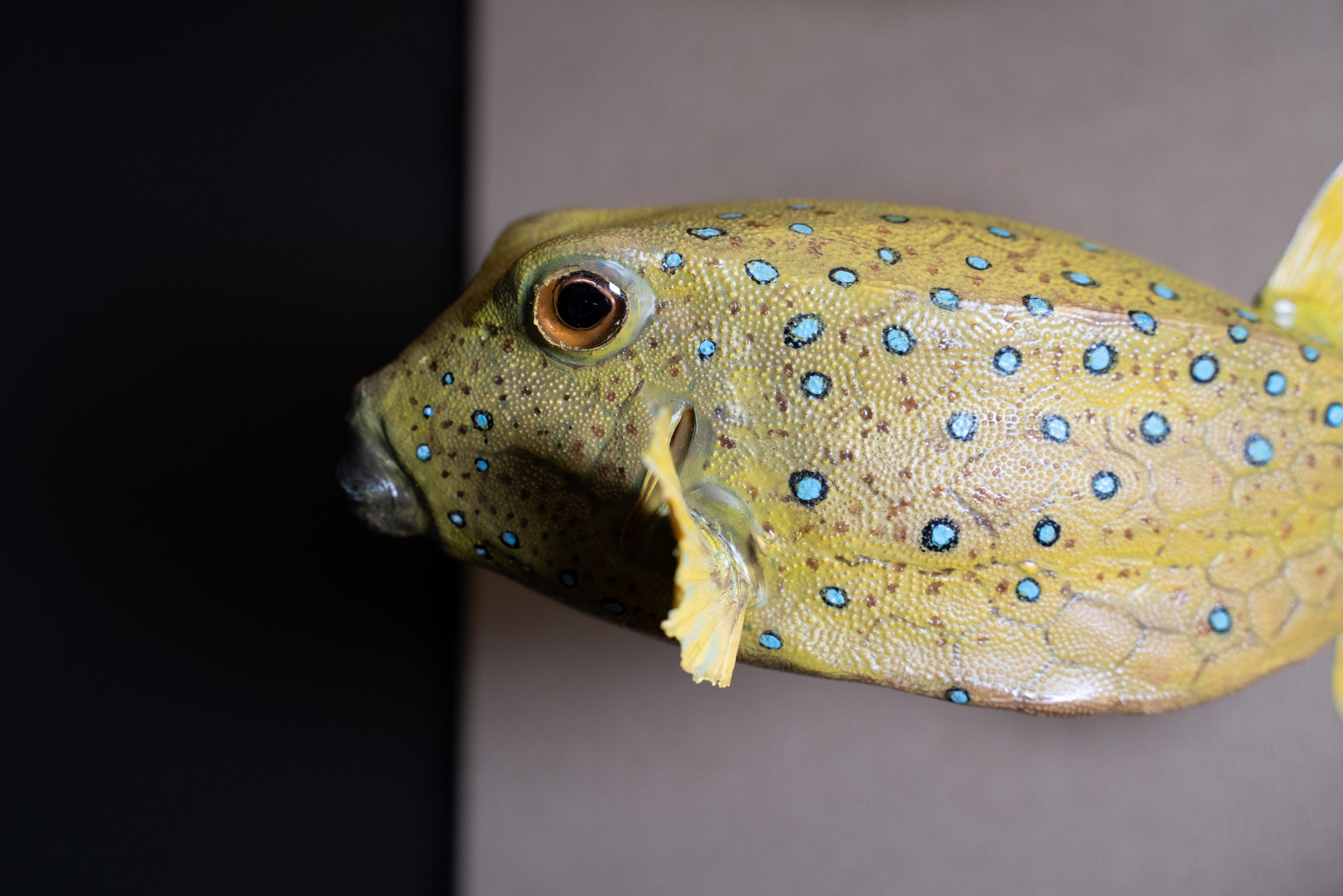 Our mystery animal is the…

Around Australia, boxfish occur from the central coast of Western Australia around the tropical north and down the east coast to south of Sydney.

Baby boxfish generally settle on sheltered rocky and coral reefs, with young fish often found in small groups. Adults are usually solitary, occurring on deeper coastal slopes and areas where there are crevices and ledges for shelter.

In 2006, Mercedes-Benz created a new type of car that was inspired by the shape of the yellow boxfish! However it was later discovered that this shape was not a good one to model a car on!

More Information on the Yellow Boxfish