10 Jun 🦔 Our Mystery Animal is the West European Hedgehog!

Posted at 16:15h in NHM by Andrea Jaggi
Share 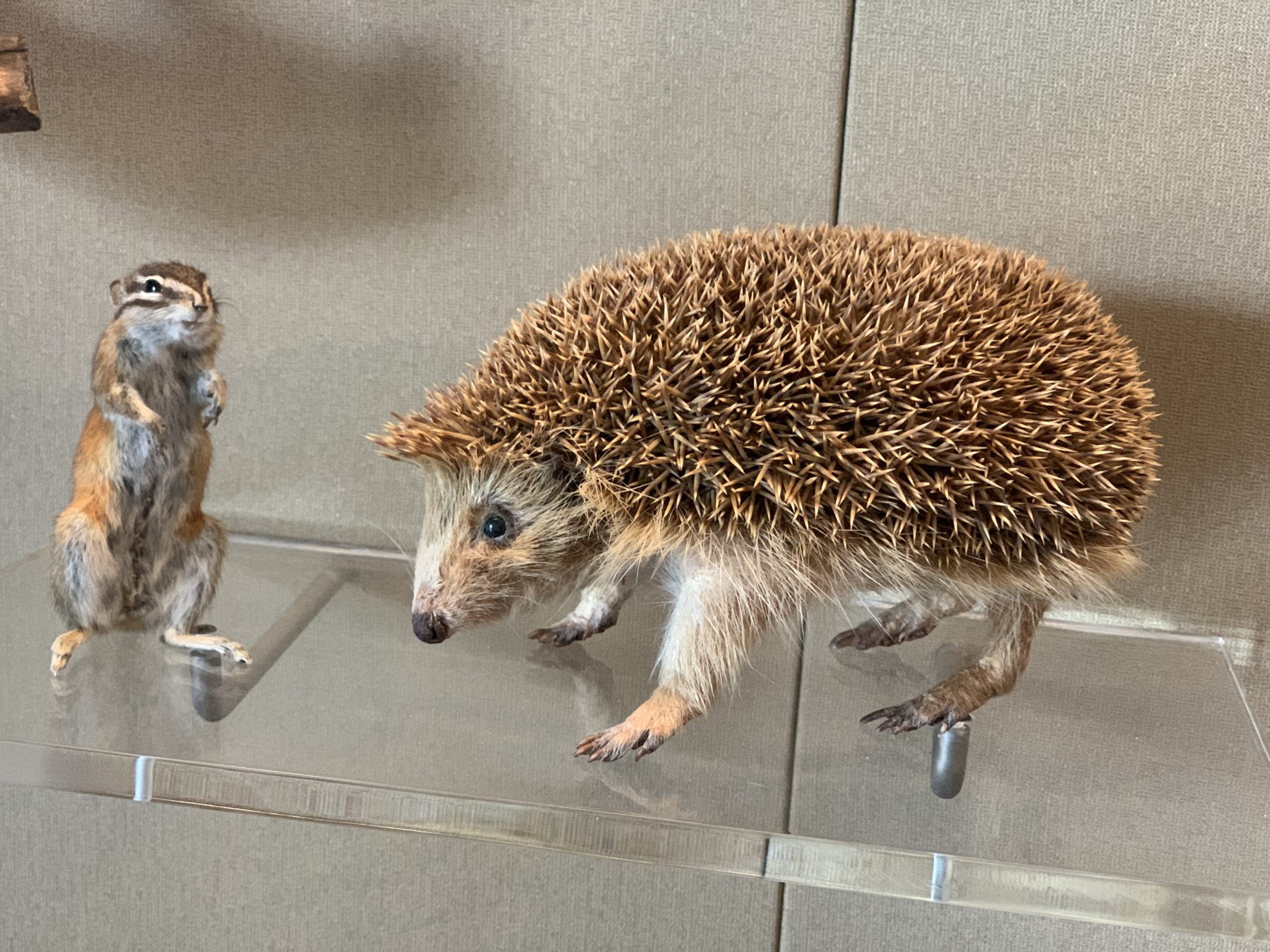 Hedgehogs are thought to have evolved around 15 million years ago, now with around 17 species spread across Europe, the Middle East, Africa and Central Asia. They are generally around the size of a teacup and only life from 2-3 years of age when in the wild.

The hedgehog was named because of it’s funny foraging methods – they root through hedges and undergrowth in search of their food, which consists of insects, worms, centipedes, snails, frogs, and even mice and snakes. As they forage, they make a pig-like grunt – hence the name hedgehog!

Hedgehogs hibernate in winter, burrowing into logs or caverns called hibernaculum, from the Latin ‘tent for winter quarters’. As they enter hibernation, their heart rate can lower from 190 beats per minute (BPM) to just 20 BPM.

Some strange behaviours of hedgehogs have been observed, including lathering themselves in toxic substances such as turpentine. The animals have a strong resistance to these substances, but researchers think they might undertake the bizarre task the anoint the tips of their spines with substances that might be toxic to other animals.