24 Jun 🦎Our mystery guest is the Tree Goanna

Posted at 15:29h in NHM by Andrea Jaggi
Share 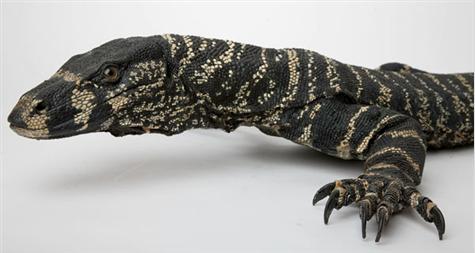 In Australia, monitors are more commonly known as goannas – a word derived from iguana, coined by settlers.

In breeding season, males will fight against each other while grappling and standing on their hind legs! Check out the video below showing this.

In late 2005, researchers discovered that monitors may be somewhat venomous. Previously, bites inflicted by the reptiles were thought to be prone to infection due to the large number of bacteria in the monitor’s mouth. Although, bites that produce swelling, pain and minor clotting have now been attributed to envenomation. Research continues into this.