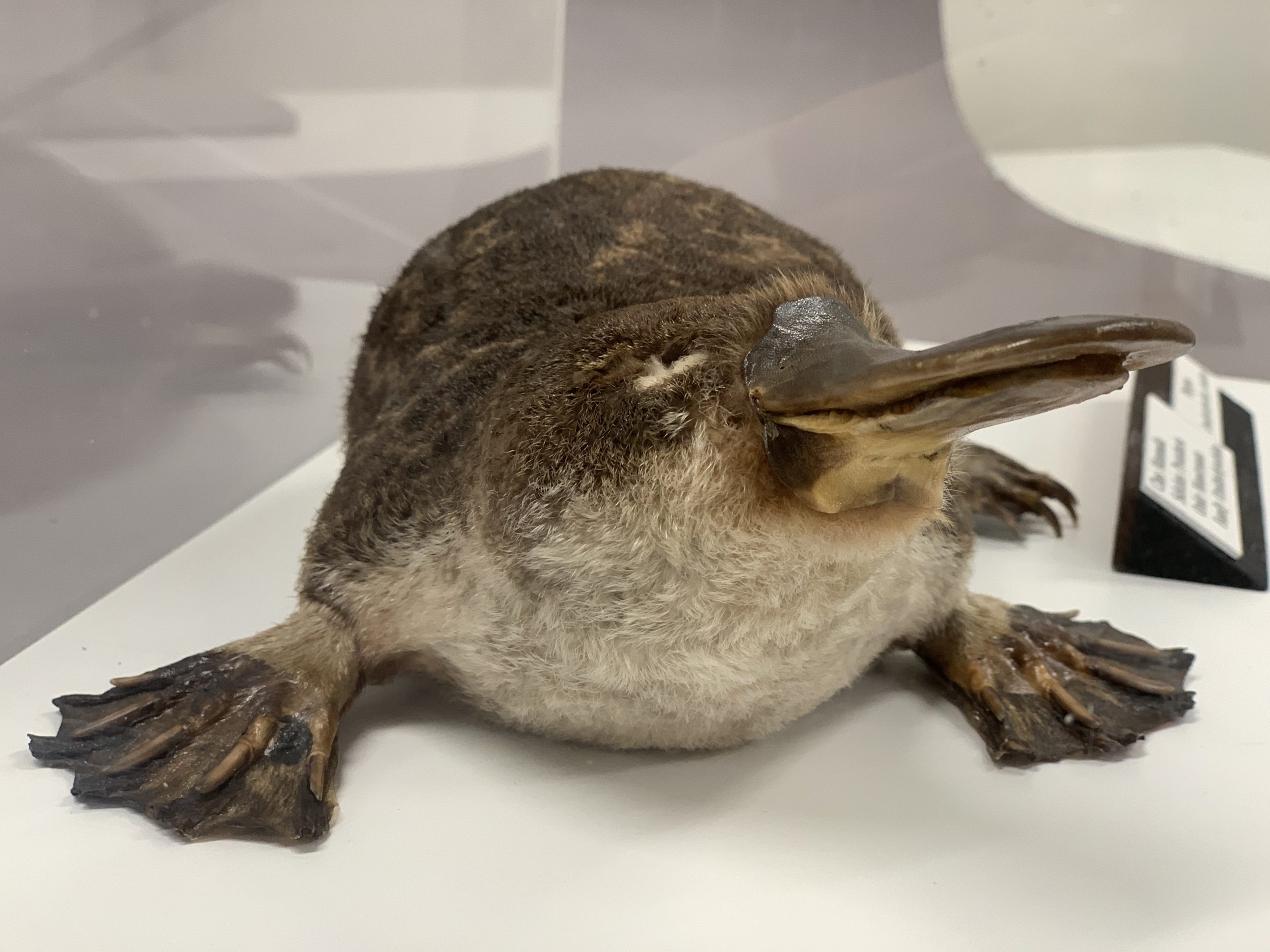 In keeping with the Monotreme theme of last month’s specimen, this month we will take a closer look at the platypus. Australia is home to two monotremes (egg-laying mammals) – the short-beaked echidna and the platypus.

The platypus, known scientifically as Ornithorhynchus anatinus, lives in relatively undisturbed freshwater streams or rivers. When a platypus is not busy hunting for small invertebrates on the bottom of a river bed, it spends the most of its time in a short, simple burrow in the side of the river bank. To sift prey from mud and gravel, the platypus uses the electroreceptors in its leathery bill to detect the electrical signals produced by the muscle contractions of small prey.

This particular specimen is a star of our Natural History Museum activity Form and Function, where students deduce aspects of the ecology, habitat and diet of animals based on their skeletons. Students examine the articulated (i.e. “assembled”) skeleton of various animals and put their detective hats on to work out the identity of the animal, with the answer revealed by the taxidermed (i.e. stuffed) specimen. So far, we haven’t been able to stump a class yet, with the keen, observant eyes of children quickly deducing the identity of our platypus skeleton. I suspect it is that amazing bill that gives it away!