23 Jun A Scorpion Eating the Moon!

Posted at 13:13h in Voyager news by Lee-Anne
Share

Did you head outside the night of Wednesday 26 May?  At about 7.15pm I wandered out to observe the magnificent super full Moon but it was hiding behind a bank of cloud. Luckily, within the next few minutes the cloud moved on and there was a wonderful clear sky for the rest of the evening. It is called a super full Moon because it had just finished being its closest to the Earth.

As the Moon, and all our planets in the solar system have elliptical orbits, the Moon throughout its orbit has times when it is closest to the Earth and times when it is furthest from the Earth. While I was watching on the 26th May, the Moon then began to move into the Earth’s shadow and so the Lunar Eclipse had begun. Slowly, slowly the reflected light from the Moon diminished and I was then able to see more and more of the surrounding stars. 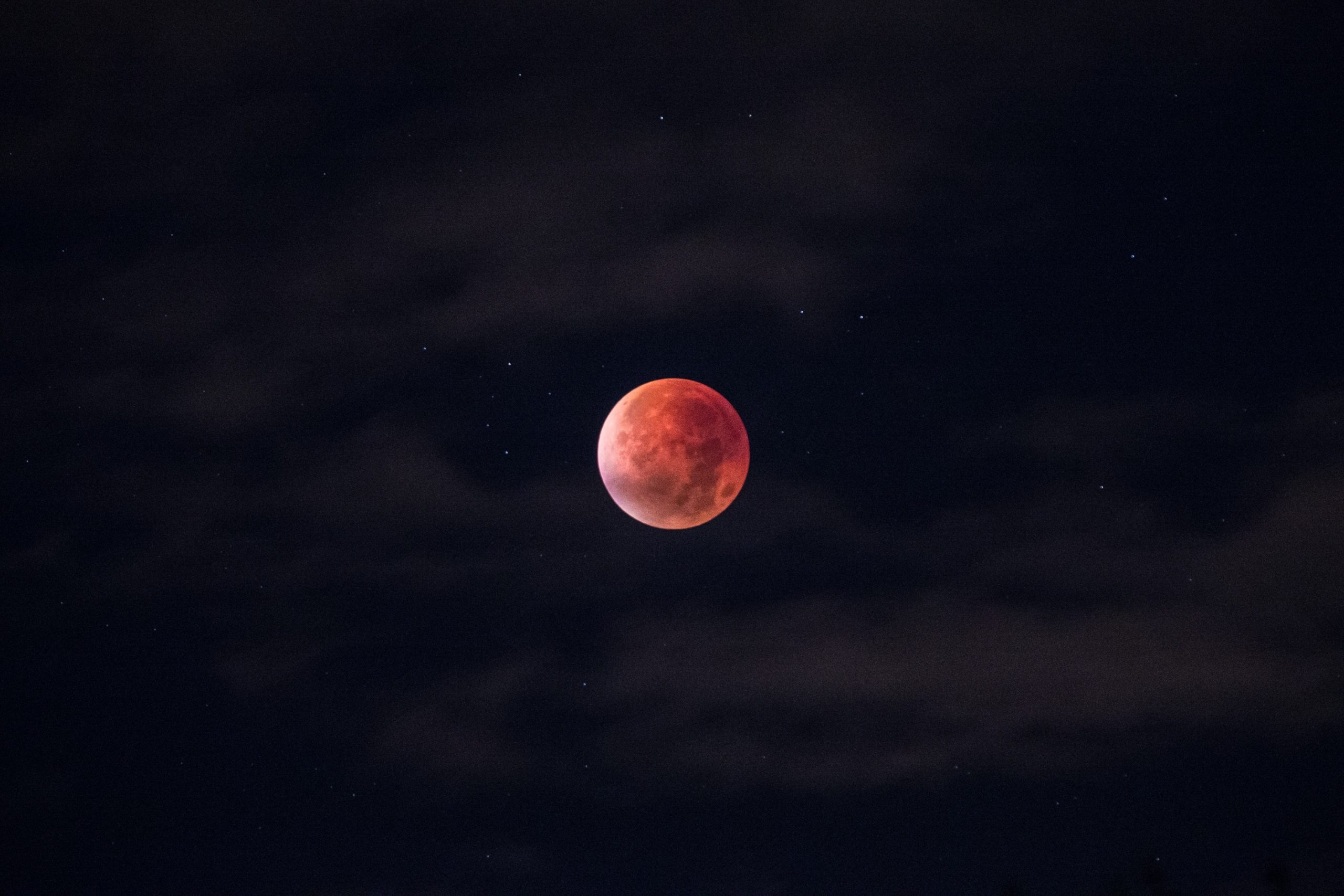 The Moon was near the ‘head’ of the Scorpio constellation. It looked like the Moon was being swallowed by the Scorpion which was then very visible as the Moon wasn’t as bright. From around 9.15pm it was the total eclipse and the moon appeared to be slightly coloured with an orange tinge, almost like it had been done with a paint brush. 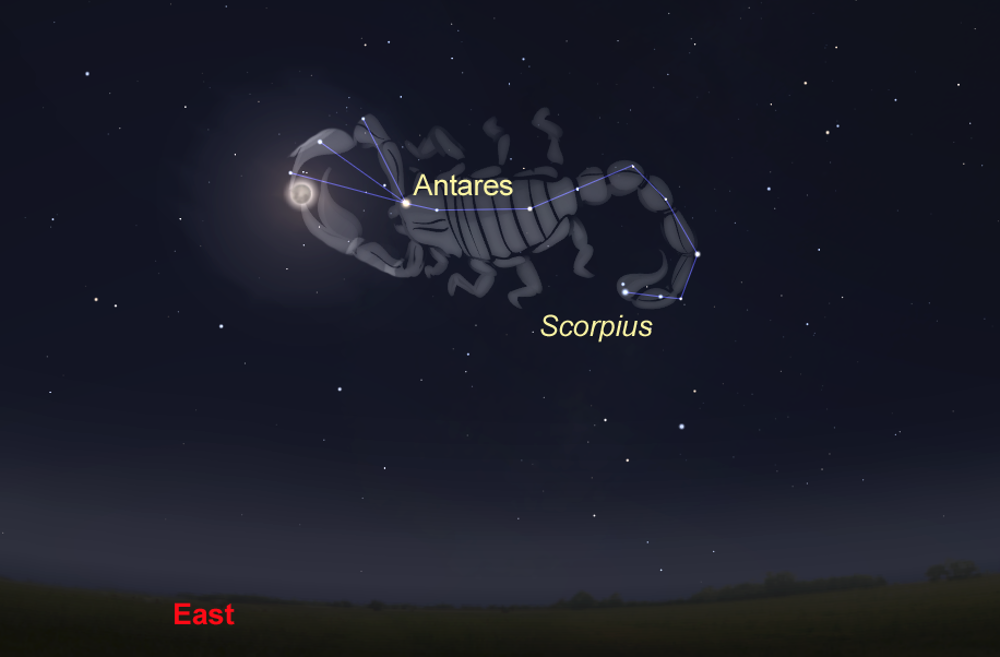 The light from the Sun gets refracted by the Earth’s atmosphere. So, we here on Earth were sitting on a giant lens that refracted the orange/red light onto the surface of the Moon whilst the other colours were not refracted enough to reach the Moon. After a while the Moon began to move out of the shadow of the Earth and was returned to its full magnificence.

I hope you enjoyed it. If you missed it, there will be another full moon every 29.5 days, but it will be quite some time before the next lunar eclipse. I hope you caught this magnificent one! 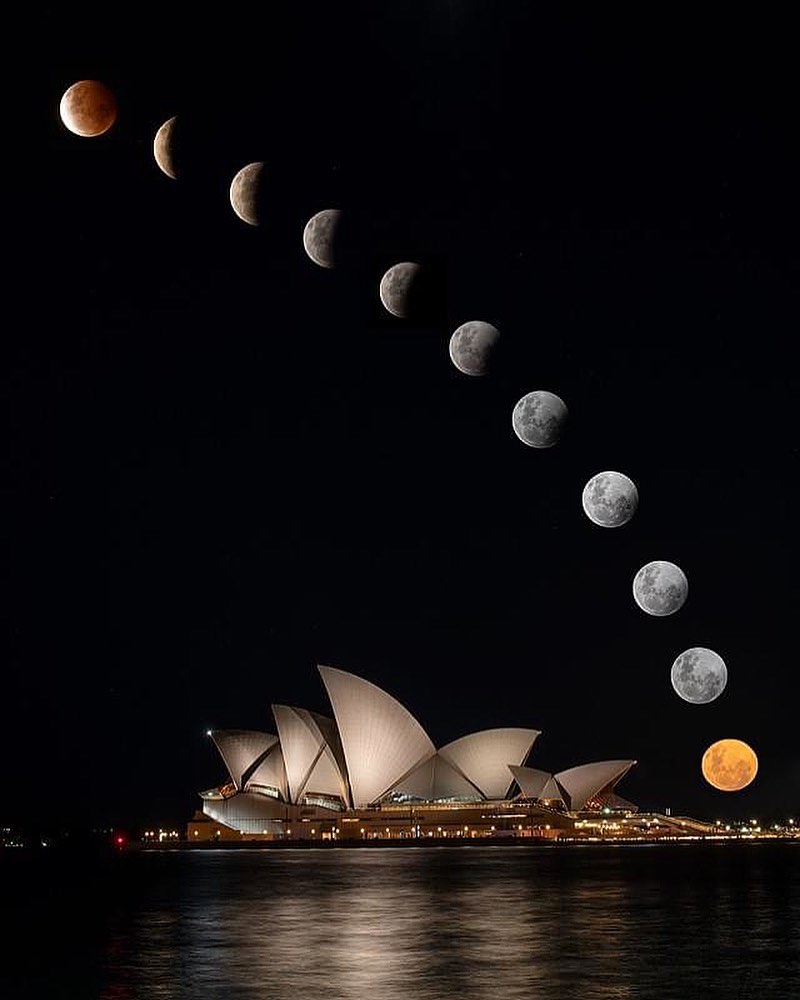 This amazing image is multiple shots taken at regular intervals using a tripod at one location then stitched together.  It perfectly shows the moon passing through all her phases from a bright orange glow on the horizon through to the blood red orb during the full lunar eclipse.