Posted at 15:34h in Voyager news by verso
Share

One of my favourite news stories this year is the discovery of a new species of frog from the montane forests of Ecuador. What I love about this newly described amphibian is its scientific name: Pristimantis ledzeppelin. Yup, this little frog has been named after the band Led Zeppelin. According to the description of the new species in the journal Neotropical Biodiversity “the name honours Led Zeppelin and their extraordinary music. Led Zeppelin was a British rock band formed in London in 1968, one of the most influential bands throughout the 1970s, and progenitors of both hard rock and heavy metal” (Brito-Zapata and Reyes-Puig 2021). 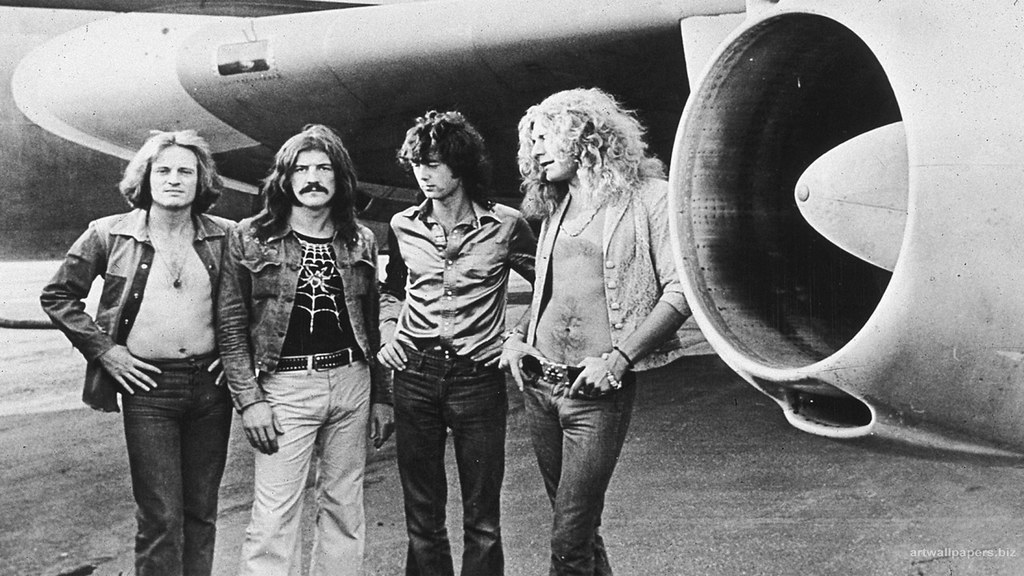 So, what is in a name? In particular, a species name? Most species have two names, a common name, and a scientific name. In our example above, the common name for this newly described frog is the Led Zeppelin’s Rain Frog, while its scientific name is Pristimantis ledzeppelin. You will notice that the scientific name is made up of two parts. The first describes the genus to which the species belongs to (in our example Pristimantis), and the second part, describes the species within that genus (here ledzeppelin).

To put that into a wider context, let’s look at how living things are grouped. All living organisms are classified into groups based on physical characteristics. These groups are organised into a hierarchy that progressively splits organisms into groups of more similar things. To illustrate this, lets take one of my favourite animals, a species of ball rolling dung beetle that has been introduced into Australia, and has the common name of the Brown Dungball Roller. This beetle is an animal, so we class it with all other animals in the Kingdom Animalia. The Animal kingdom is divided into different groups, called phyla (singular phylum). Our humble dung beetle belongs to the Phylum Arthropoda, along with all other animals that have a hard external skeleton (called an exoskeleton), a segmented body, and at least three pairs of jointed legs. Animals like crabs, spiders, millipedes and insects are all arthropods. The Arthropods are then divided into different classes, and our dung beetle belongs to the class called Insecta. Classes are divided into orders, and the class Insecta is divided into around 26 Orders. Our dung beetle belongs to the Order Coleoptera, along with all other beetles. So, by now you should get the idea that each level is divided into a number of smaller groups, into which similar organisms can be placed. The remaining levels are Family, then Genus, then Species. I have summarised the classification of our dung beetle below: 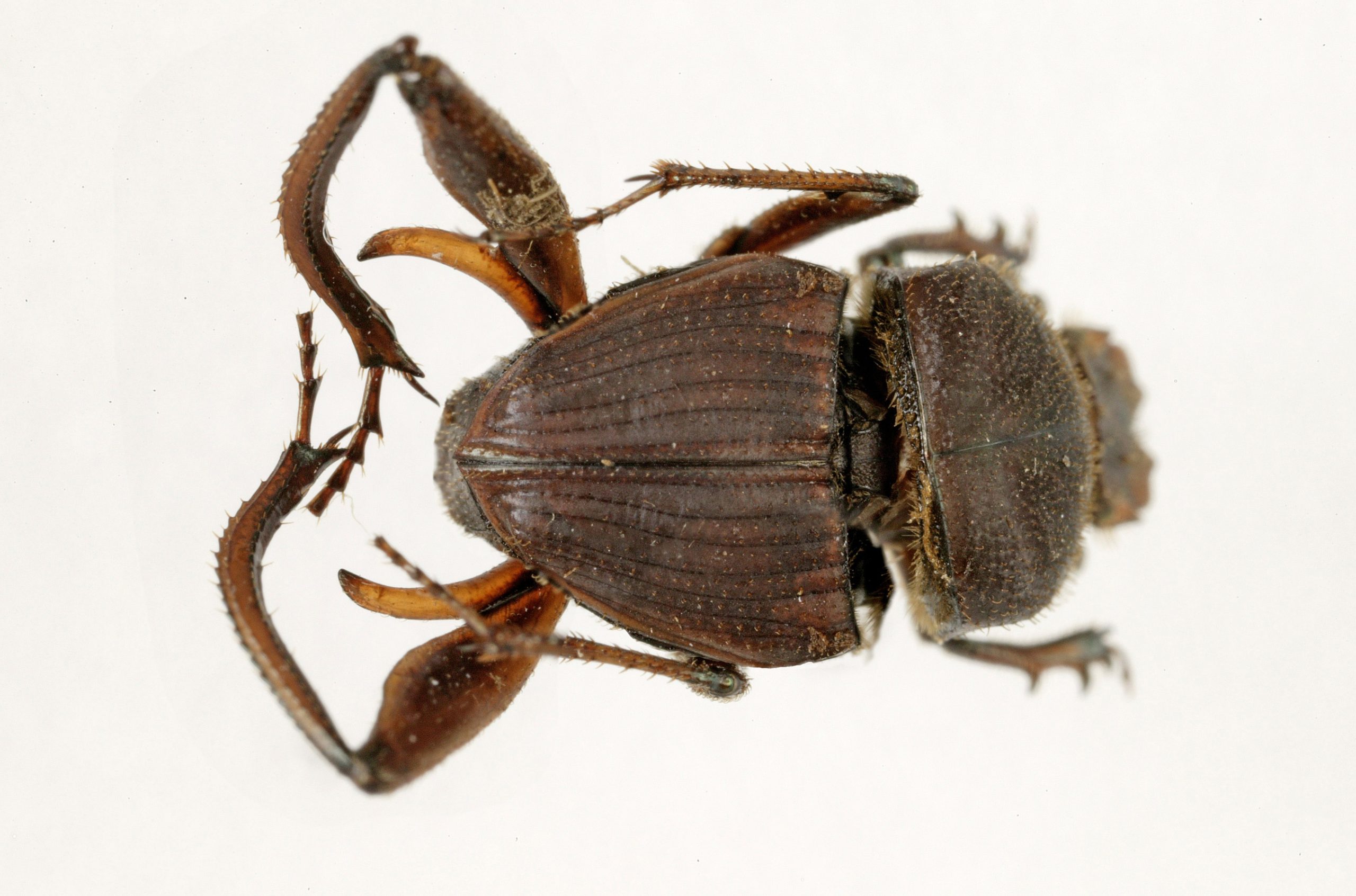 There are other intermediate classification levels that can be used, such as suborder, superfamily and tribe, however we will stick with the main seven for now. Back to our dung beetle. If I wanted to write the scientific name of this beetle, I would write it as Sisyphus rubrus. As above, the first part of the name describes the genus to which the species belongs to (i.e. Sisyphus), and the second part, describes the species (i.e. rubrus) within the Sisyphus genus.  We don’t need to write down the higher levels of classification as the genus and species names are enough information to identify the unique species of animal. When writing any scientific name, the genus name is always capitalised, while the species name is not, and the name is always written in italics. You may sometimes see a person’s surname and year following a scientific name. This is the name of the scientist who described and named the organism, and when the description was published. It is worth noting here that there are two contexts in which we can use the word “species”. A species name can refer to the two-part scientific name (e.g. Sisyphus rubrus), or to just the specific species within a genus (e.g. rubrus).

You may notice that two-part (or binomial) scientific names are not usually words that you are familiar with. This is because names are usually derived from Latin, and sometimes Greek (or other languages, as seen with our Led Zeppelin frog). The choice of a name for a newly described species will depend on various factors, for example, the established taxonomy of a group. If you have discovered that your new species belongs in an established genus, you would use that genus name (rather than coming up with a new one). Many species are given a name that describes something about their physical appearance or their habits, as is the case of the giant anteater, Myrmecophaga tridactyla. The name Myrmecophaga derives from Greek for “anteater”, and “tridactyla” refers to the thee well-developed claws on the front foot.

In other cases, scientific names pay homage to the achievements of others. For example, a fossilised fish showing the oldest record of live birth was named Materpiscis attenboroughi in honour of the famous naturalist Sir David Attenborough. Similarly, UNE’s very own invertebrate palaeontologist, Russell Bicknell, has recently named a new genus of fossilised horseshoe crabs after David Attenborough; Attenborolimulus, with a newly described species in this genus called Attenborolimulus superspinosus(Bicknell and Shcherbakov 2021). According to Russell, “we named it after Sir David Attenborough for his exceptional commitment to science communication and contributions to conservation biology”.

We can also get some fantastic scientific names from pop culture. Iandumoema smeagol is a cave dwelling, blind spider named after Smeagol (aka Gollum) who lived in the caves below the Misty Mountains of Middle-earth, from the of the Lord of the Rings books. And let’s not forget our frog, Pristimantis ledzeppelin, who’s name pays homage to the rock gods who were Led Zeppelin.

So, the next time you see or hear a scientific species name (e.g. on the news, in a documentary, or in an online article), you will hopefully have more of an understanding as to how living things are classified, and how scientific names are given. You could even set yourself the challenge of working out the etymology (i.e. the origin of the name) of scientific names. As a start, have fun with researching the origins of these ones: Agathidium vaderi, Odontonia bagginsi, Liolaemus smaug, Avahi cleesei, and Hyloscirtus princecharlesi.

You can read more about the horseshoe crab Attenborolimulus superspinosus in this article in the Conversation:https://theconversation.com/we-discovered-a-new-fossil-species-of-horseshoe-crab-and-named-it-after-david-attenborough-163086