03 Aug Planets in the Night Sky

I really enjoy going outside in the evening to check out the wonderful night sky. Now is a perfect time to see three of the major planets in the night sky. Just after the sun sets in the West you’ll be able to see a bright object in the western sky about two handspans above the horizon. This is the planet Venus. It is quite bright and stands out. Venus is also known as the ‘evening star’ even though it isn’t a star. 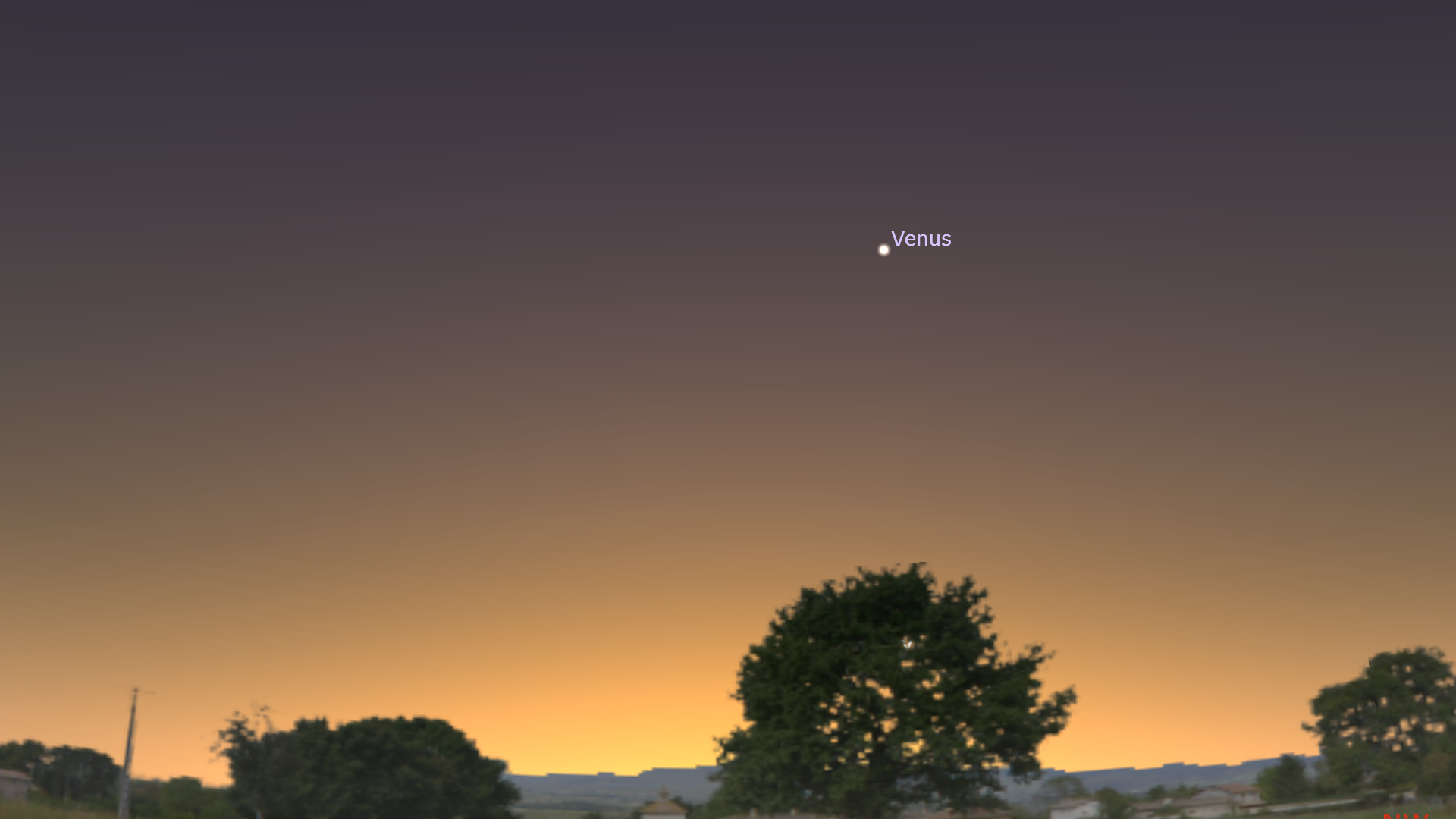 How can we tell it is not a star? It’s not twinkling. Stars twinkle because they are so far away and a point source of light so only one ray of the starlight reaches the Earth. To do that it has to pass through our atmosphere and so it gets refracted and ‘moves’ about as it interacts with the atmosphere molecules. In the case of planets, they are shaped like a disc so whilst each of the individual light rays get diffracted like the stars, collectively there is no discernible change in brightness detectable by our eyes.

If you turn yourself around 180o and look to the East you should be able to see the two largest planets in the Solar System: Jupiter and Saturn. Jupiter will be the brightest object in the East, unless the Moon is in that direction. Again, it is not twinkling so that helps with identifying that it is Jupiter. About one handspan above Jupiter is another starlight object that’s also not twinkling. This is Saturn. While Saturn isn’t as bright as Jupiter, it is still brighter than the stars around it. The brightest star nearby is Altair designated α (Alpha) Aquilae, and is the brightest star in the constellation of Aquila and the twelfth brightest star in the night sky. 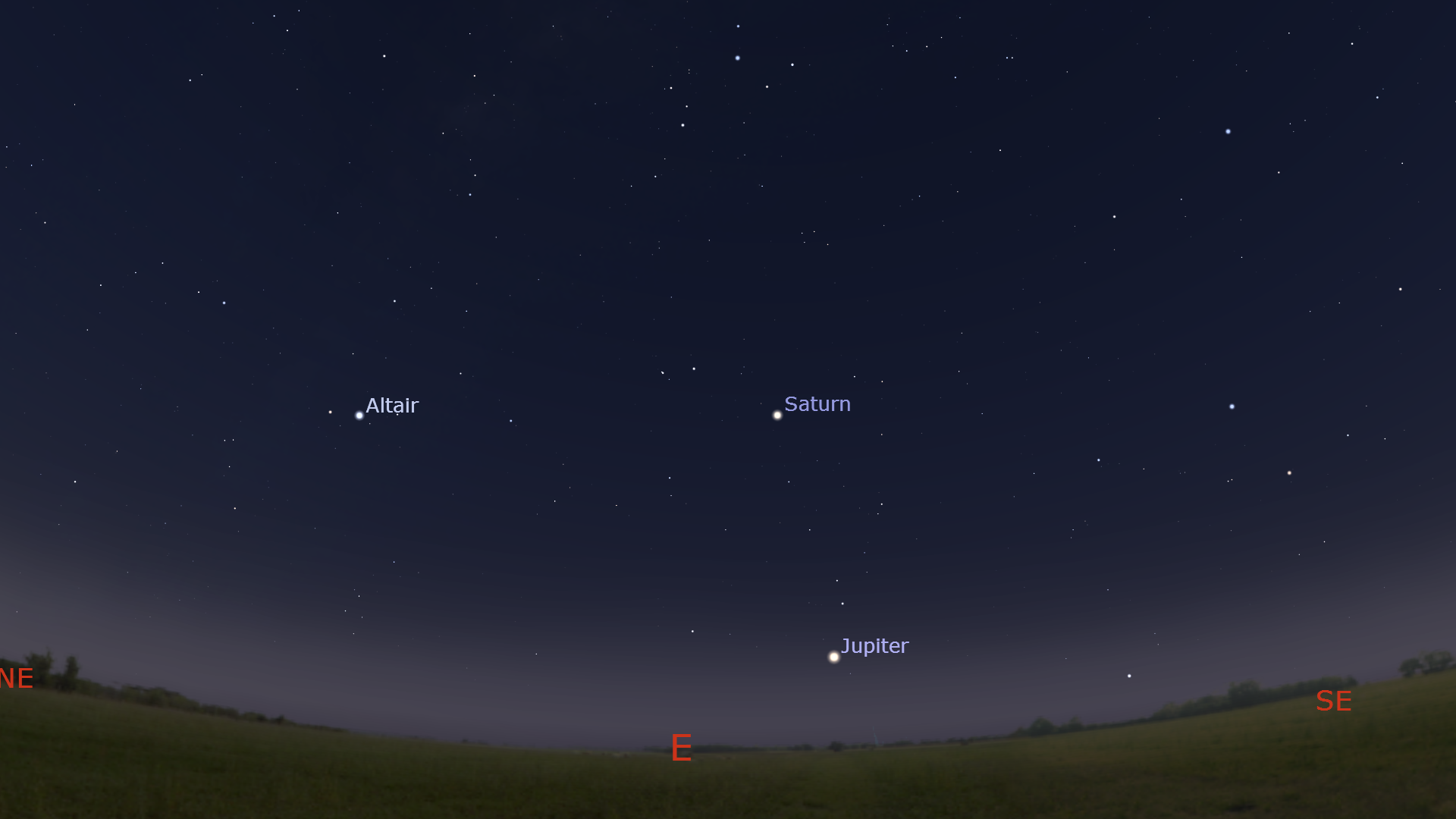 With our currently clear weather, we encourage you to wander outside just after sunset, take in the beautiful evening sky and do some planet spotting.