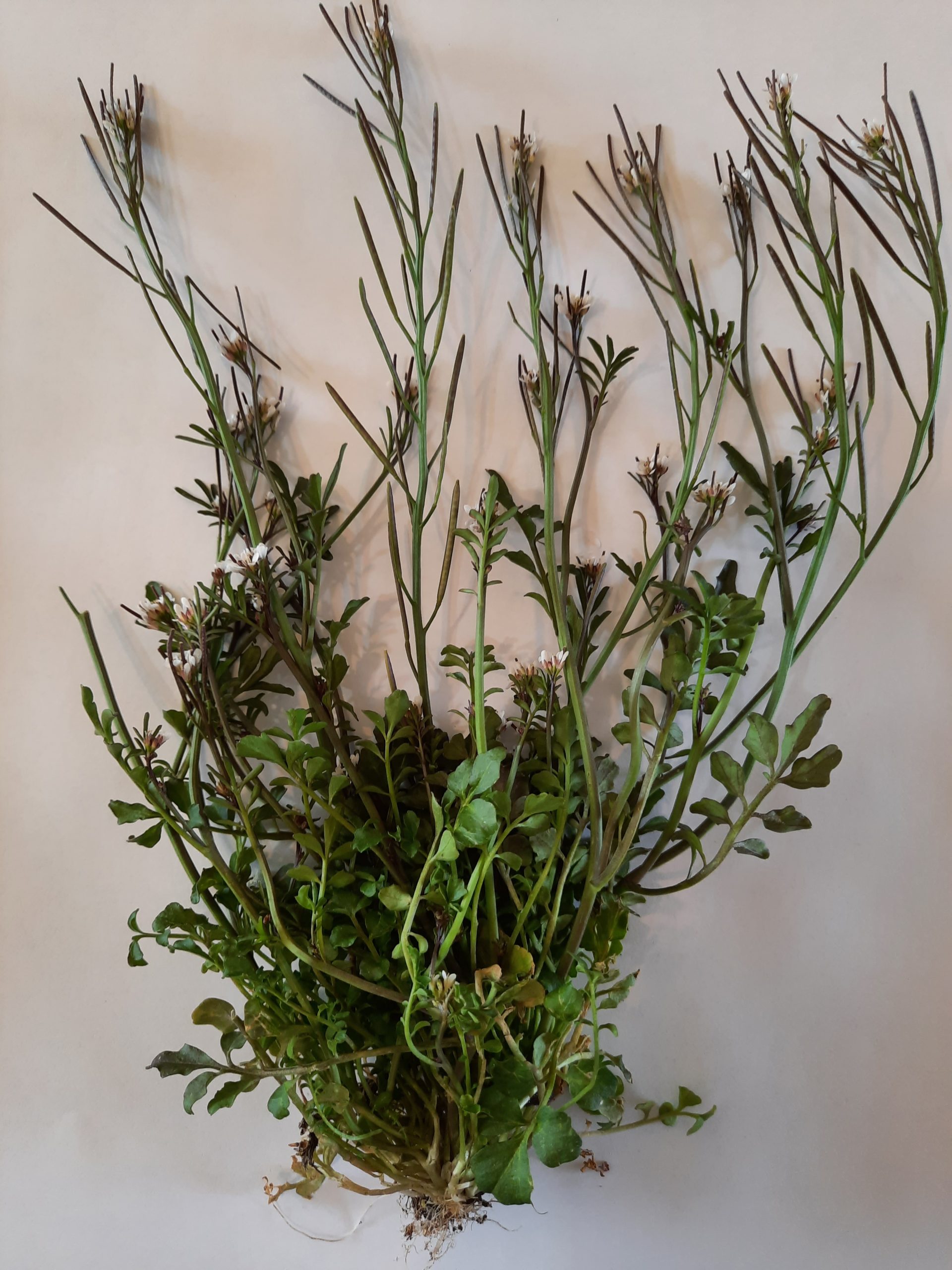 There is a curious little plant growing in my lawn. Whenever I brush against it, small capsules fly everywhere, either hitting me (gently) in the face or pinging off into the nearby grass. I suspect that when I touch the plant, it is explosively dispersing its seeds. With the recent surge of these plants in our lawn, I have decided to investigate my theory further.

Now, a bit of a disclaimer here, I am not a botanist. I would prefer to have my attempt at plant identifications checked by an actual botanist before proceeding. However, with lockdowns meaning that I can’t just pop in and see some of the botanists here at UNE, my best “educated guess” is going to have to do. So, after doing a bit of research, I have tentatively identified my plant as bittercress, know scientifically as Cardamine hirsuta. If this isn’t the exact species, I’d still wager that my plant is in the same genus (Cardamine).

Working on the assumption that I have correctly identified my plant, I looked into the fascinating way that bittercress disperse their seeds- ballistic seed dispersal. Plants have evolved various ways to ensure that their seeds are dispersed away from the parent plant. These adaptations range from structures that function as parachutes or propellers to aid dispersal by wind, to sweet and brightly coloured fleshy fruits that are eaten by animals, with the seeds later deposited when the animal poops. Ballistic seed dispersal occurs when seeds are projected from the parent plant via explosive release mechanisms (Chapman and Gray 2012).

The seed capsules of the bittercress, called siliques look like purplish-green toothpicks standing upright around the flower. Eventually, the siliques reach a stage where they can be triggered to disperse their seeds explosively when they are touched. The exploding pods can send their seeds flying up to 5 metres from the parent plant (Vaughn et al. 2011; Nafici 2017). So that is what is hitting me in the face when I brush against these plants when weeding – the seeds! Truly amazing! Not only do these exploding seed pods disperse the seeds away from the parent plant, they may also protect against herbivory; As a potential insect herbivore stumbles across a capsule, the touch of the insect sets off the dispersal mechanism, springing the insect away from the plant (Vaughn et al. 2011).

So, it would seem that my initial theory was correct. I suppose, now that know I know what is happening, I should stop deliberately brushing patches of this weed just for the fun of seeing the seeds explode everywhere…maybe…

Chapman, D.S. and Alan Gray, A. 2012. Complex interactions between the wind and ballistic seed dispersal in Impatiens glandulifera (Royle). Journal of Ecology 100: 874–883.