Posted at 13:48h in Curiosity Series by verso
Share 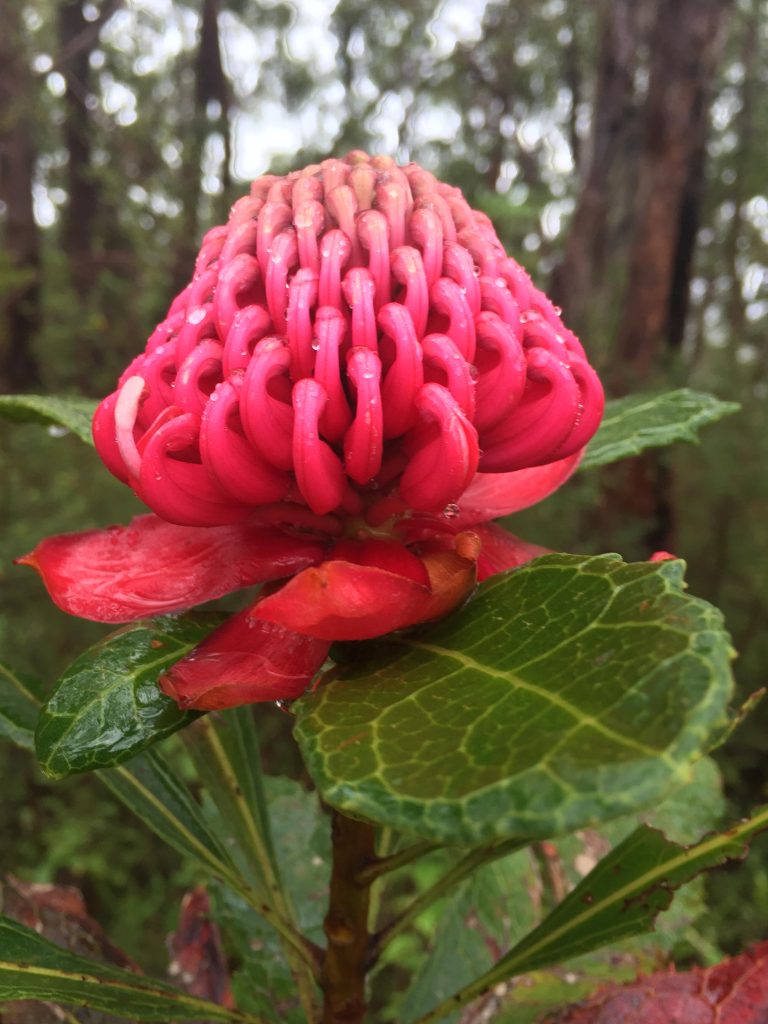 Have you ventured into any national parks lately and come face-to-face with a beautiful waratah, aka Telopea?  This stunning flower is out in full force in our local Washpool-Gibralter National Park not far from Glen Innes, NSW.

There are five species of this large shrub or small tree.  They are native to the south-eastern parts of Australia (NSW, Vic and Tas).  The most well-known species in the genus is Telopea speciosissima, which has bright red flowers and is the NSW state emblem. You’ll find this one mainly in the Blue Mountains NP and the Royal NP in the south of Sydney. The waratah is a member of the plant family Proteaceae, a family of flowering plants distributed in the Southern Hemisphere.

The Telopea ‘flower’ is in fact a large number of smaller flowers densely packed into a compact head or spike. Some species have as few as 10 to as many as 240 individual flowers.

Waratah, comes from the Eora Aboriginal word ‘warada’ meaning ‘beautiful’ or ‘seen from afar‘.  Did you know it almost became our national, emblematic flower, but was out-voted due to it only being found on the east coast? The iconic golden wattle became the national emblem instead. As well as being the NSW emblem that you see in the NSW Government logo, it is also used by the NSW Rugby Union team in their logo, there’s a town in Tasmania called Waratah, as well as a suburb of Sydney called Telopea.  You’ll find it on postage stamps and tea towels, and it’s also the name of a school and many businesses. 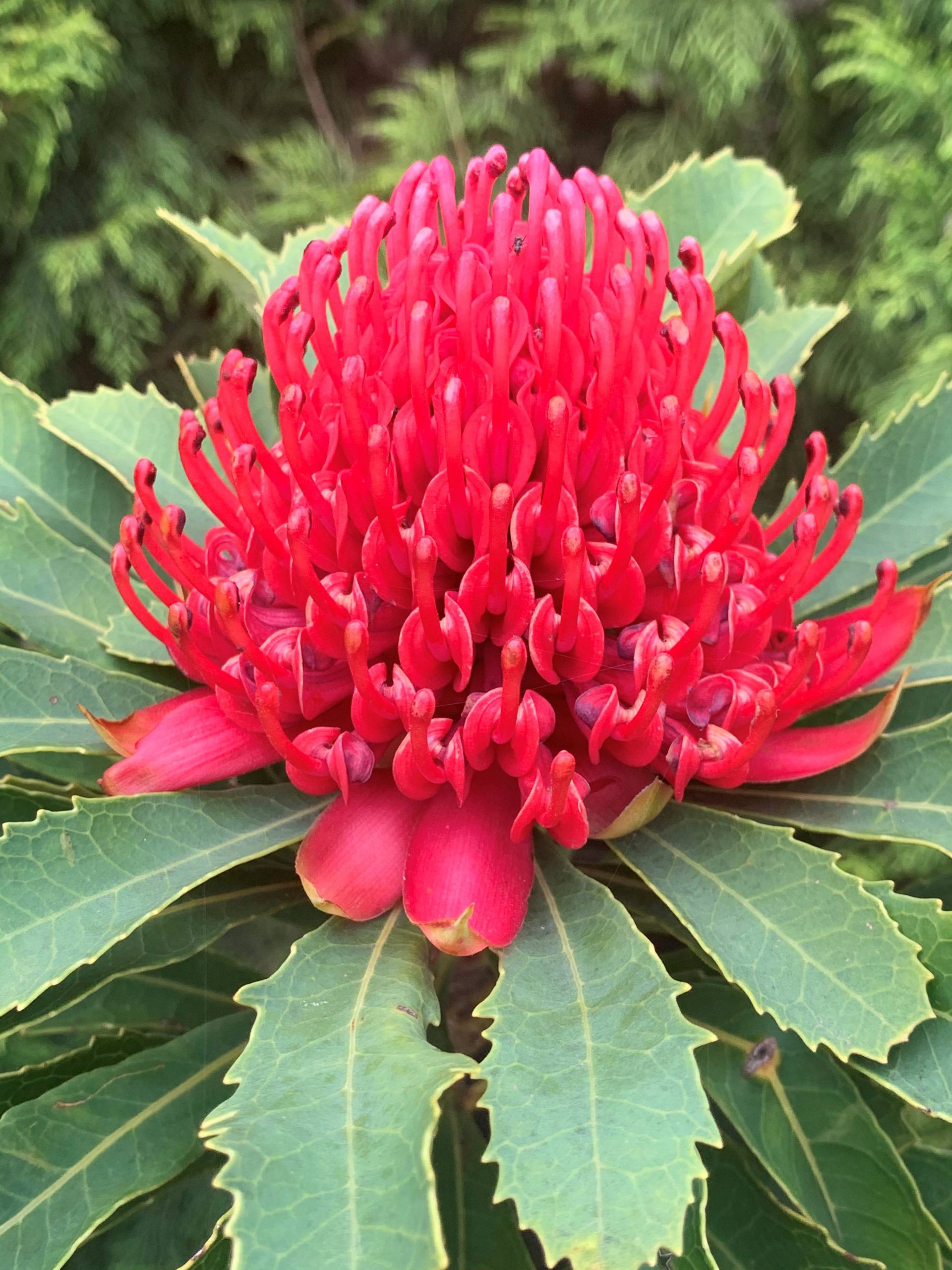 While they are beautiful to look at, it is illegal to pick them within a National Park. Not only is it illegal, but their removal affects the ability of waratahs to reproduce.  The seeds form at the flower head after the bloom has died. By picking the bloom, you are removing all the seeds.  No waratahs reproducing means that they will disappear from the bush, there will be no blooms for people to view, and there will be no nectar for honeyeaters to feed from.  Please leave them there for the future and take the time to enjoy these beautiful flowers in their natural habitat.