17 Feb Keeping it in the Fold: Origami

Origami is known as the Japanese art of paper folding but it may have had its origins in China or Europe. The practice itself can be a joy and challenge for children and adults of all ages.

Origami is all about neatly folding square sheets of paper and transforming the paper into amazing sculptures and models of various shapes and decorative designs. The word origami has its origins in Japan, ori meaning ‘to fold’ and kami means ‘paper’. 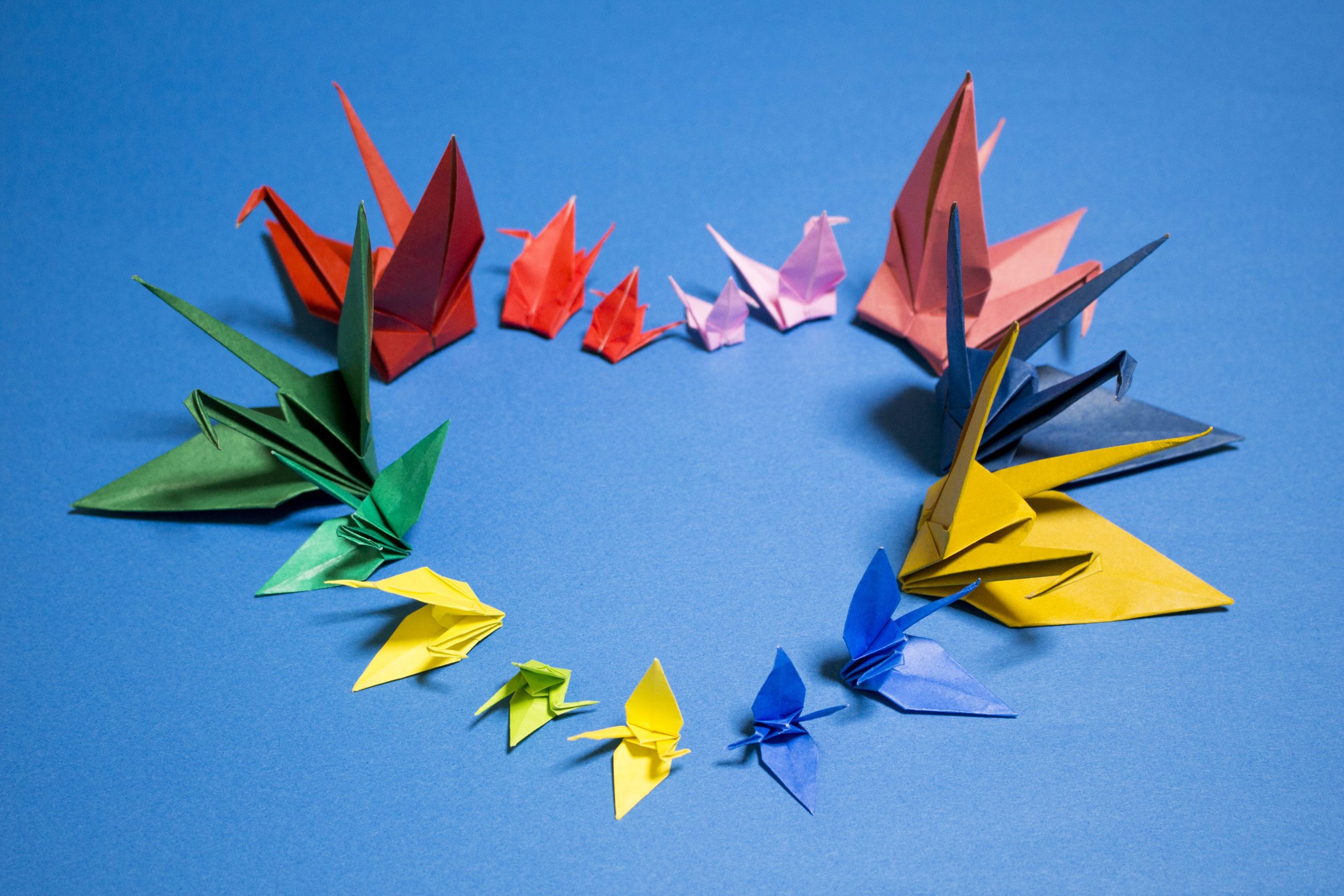 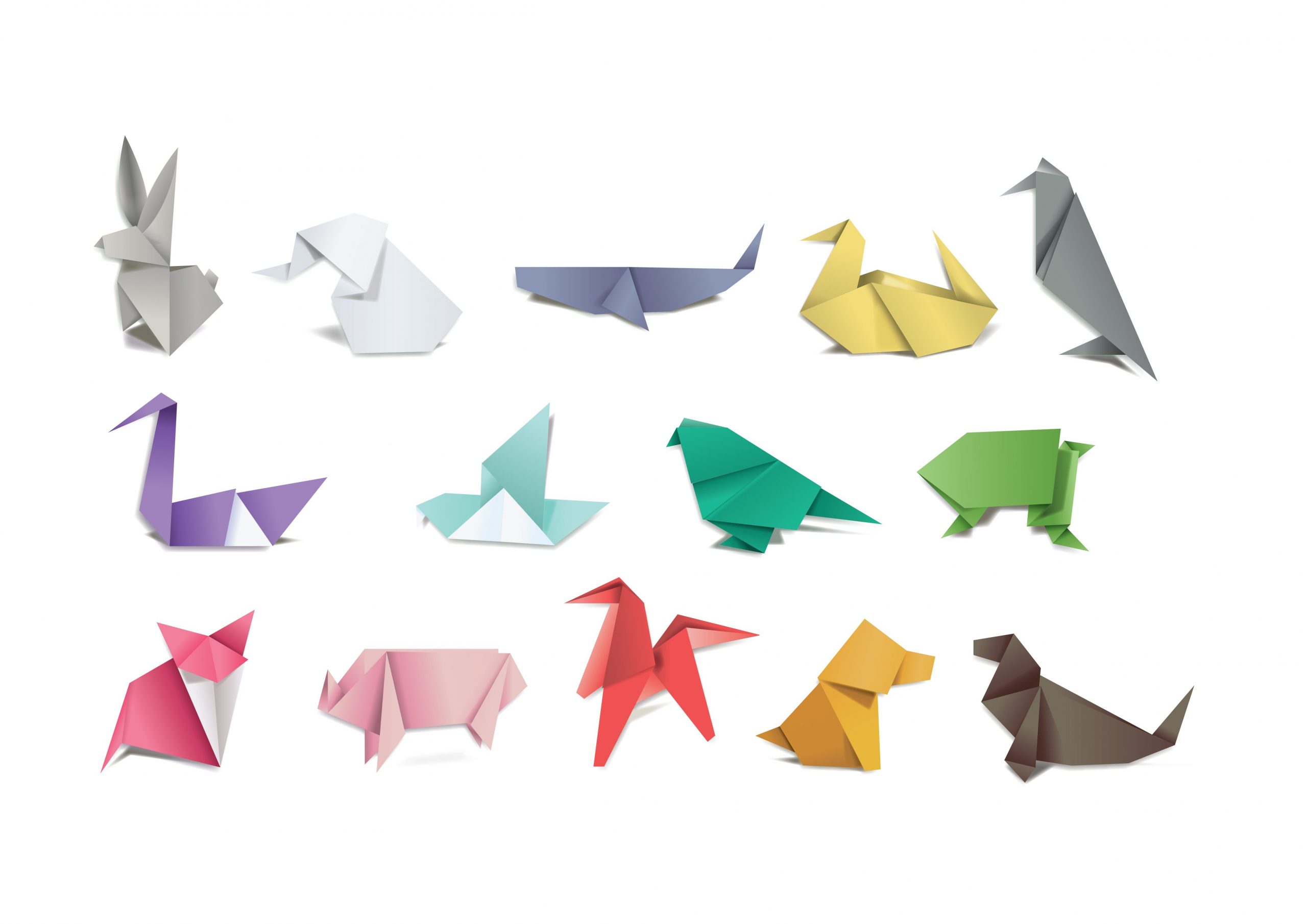 There are many benefits to practicing origami. This paper-folding skill is a must-try for adults and kids alike. Besides its therapeutic advantages, ancient origami art has benefits for children’s development which include:

Mathematical skills development – origami is a great way to get children excited about fractions, geometric construction, 3D perception and logical thinking. The basic concepts of folding paper are founded in these mathematical ideas, spatial reasoning and problem-solving.

Brain stimulation – Think of origami as an exercise for your brain!  It requires hand-eye coordination, develops fine-motor skills and supports mental concentration – all of which stimulate the brain. When kids follow instructions through the paper-folding challenges, both the motor and visual areas of their brains are activated. As a bonus they get to use both the left and right hemispheres of their brain at the same time. It is logic plus creativity. Not only does it stimulate our minds, but it also builds imagination and memory.

Among many other benefits, origami also helps improve memory, patience and attention skills, aids in mental concentration, boosts creativity, promotes social skills, and aids in general wellness. There is a sense of achievement, satisfaction and pride in finishing an origami project and seeing that flat piece of paper transform into something beautiful that you’ve created yourself, whether it’s a small box, a bookmark or a simple flower.

Have you ever heard of a ‘sonobe unit’?

I recently stumbled across a website that took me into the world of mathematics and origami. There’s an article in The Conversation called “Learn how to make a sonobe unit in origami – and unlock a world of mathematical wonder” . There is some truly interesting facts and information in there.  From a mathematician whose hobby is origami, Julia Collins, leads us through the process of making a sonobe unit and using this unit to further create larger origami structures. 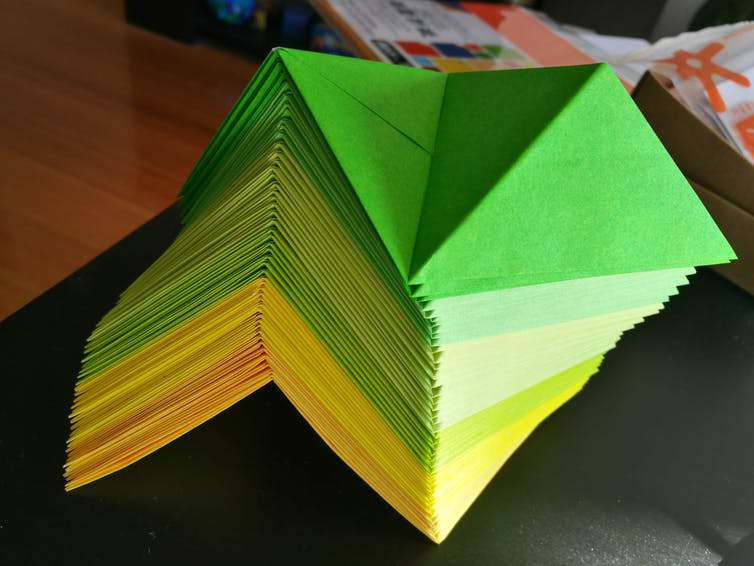 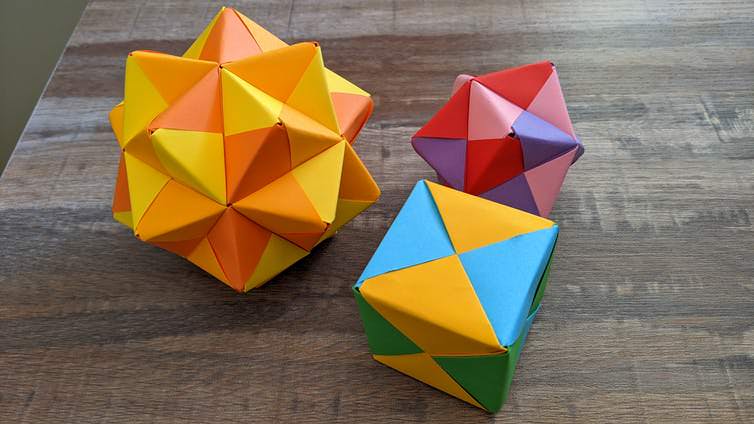 In mathematics, the shapes with the most symmetry are called the Platonic solids. They’re named after the ancient Greek philosopher Plato (although they almost certainly predate him and have been discovered in ancient civilisations around the world).

The Platonic solids are 3D shapes made from regular 2D shapes (also known as regular polygons) where every side and angle is identical: equilateral triangles, squares, pentagons.

While there are infinitely many regular polygons, there are, surprisingly, only five Platonic solids:

To build Platonic solids in origami, the best place to start is to master what’s known as the “sonobe unit”.  Check out the link above to see photos, instructions and videos from Julia.