When you go outside in the evening, what can you see in the sky? Some stars and the moon maybe. Do all the stars appear to twinkle? What are the ones that don’t twinkle? They are planets. 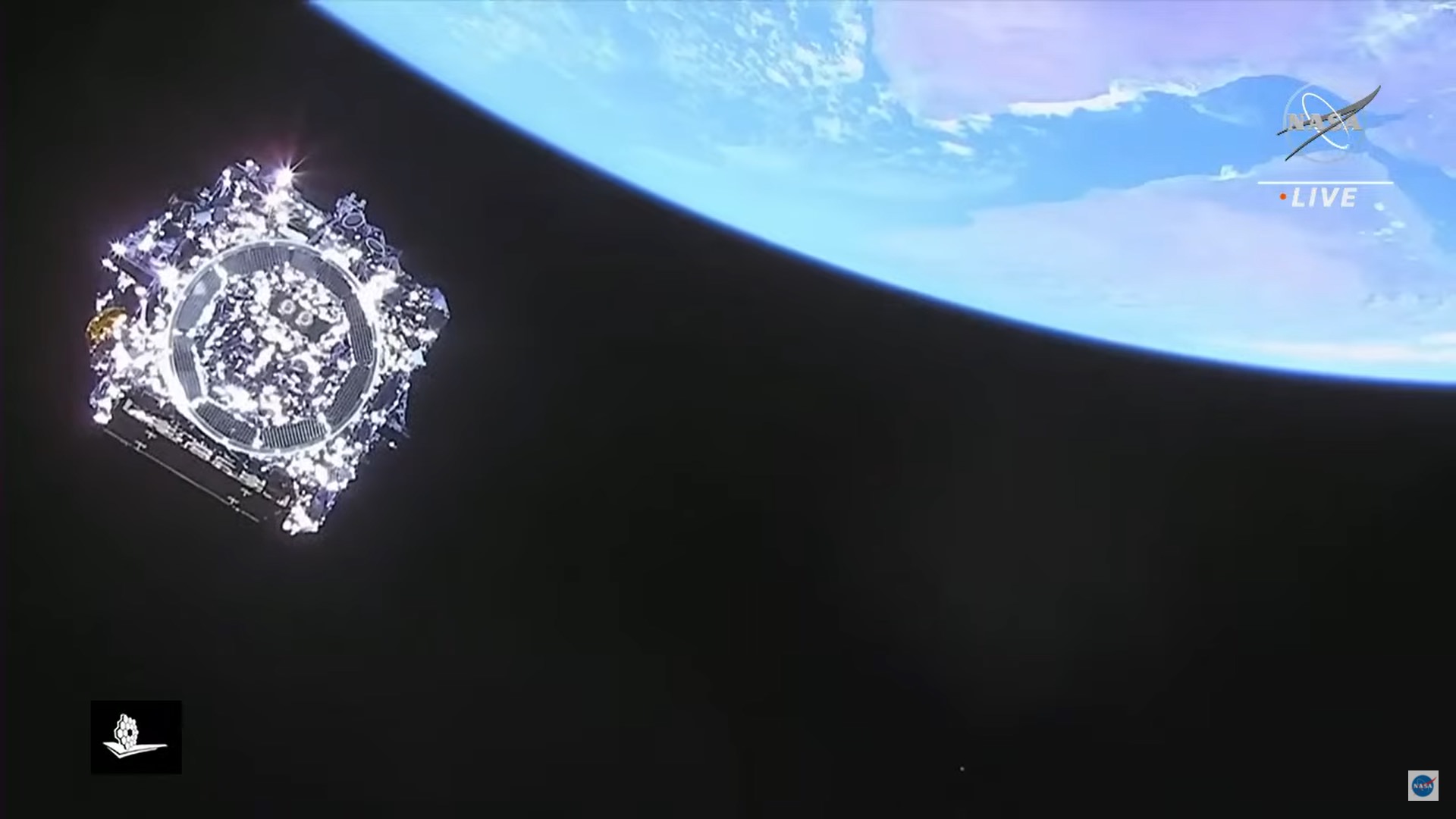 The James Webb Space Telescope hanging in space after separating from the Ariane launch vehicle over the Gulf of Aden, between Yemen and Somalia. NASA/ESA

How do we calculate the distance to stars? We find the distance to the closest stars by using what is called parallax. We look at the close star and compare its position to the ‘background’ stars. Six months later after we on the Earth have moved 2 astronomical units to be on the other side of the Sun, we can measure how much of an angle the star has appeared to move. Knowing how far we have moved we can calculate the distance to the star. To find the distance to further away stars we compare their brightness to the same type of star which is closer and has been measured via parallax. Particular types of stars have a measured intrinsic brightness, the fainter they are the further away they are. 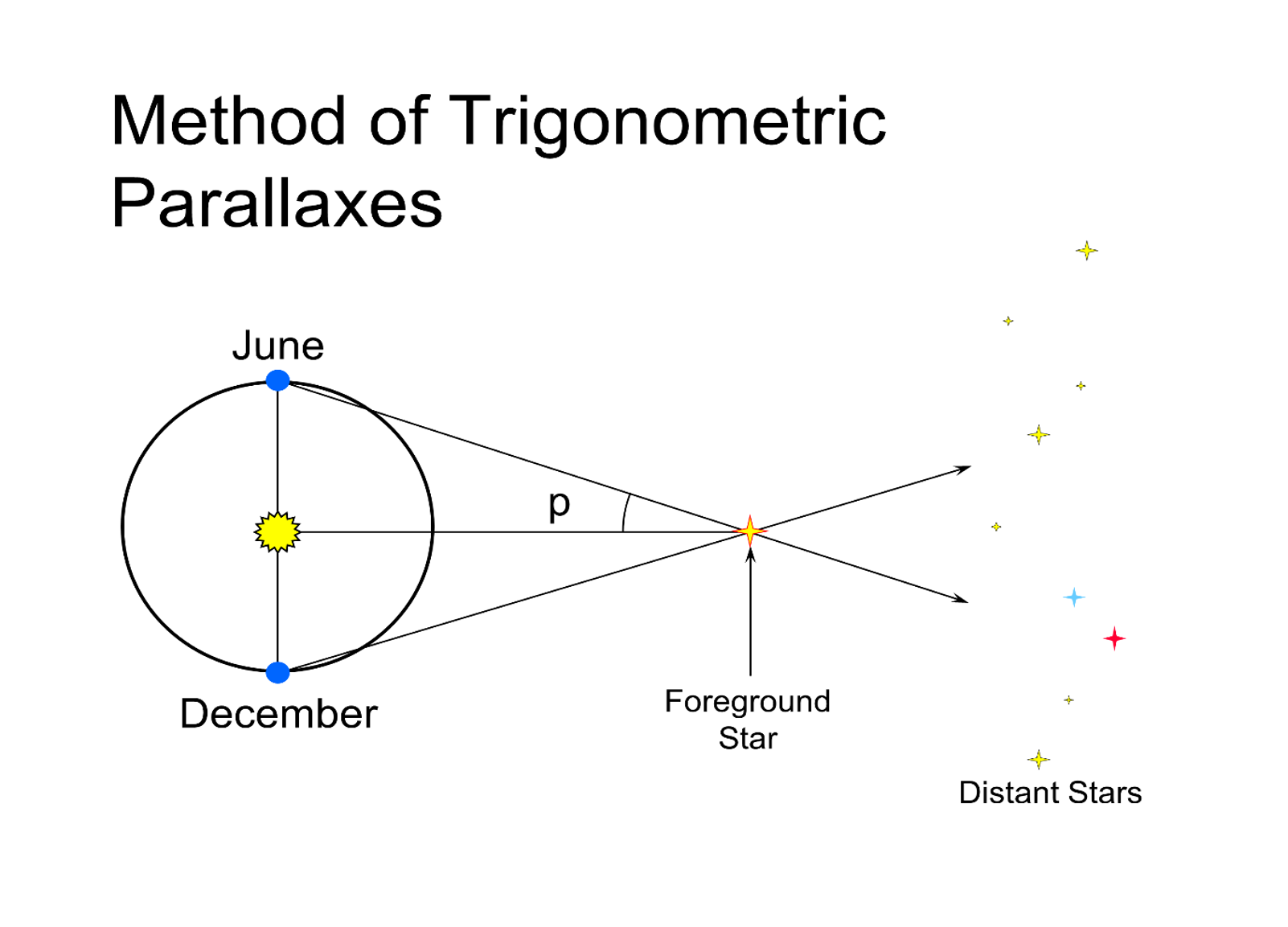 What happens if we go outside with a pair of binoculars and look into the sky? Do the stars still twinkle when we look at them now? Are there more planets we can see? Yes, Neptune and Uranus could now be visible. Looking at the Milky Way we can see more and more stars. We are now seeing more of our galaxy. Can we see other galaxies? We might be lucky to see the closest galaxy that is 25,000 light years away, although it looks like a blurry smudge in the sky.

One of these is called the Hubble Telescope and the images and data obtained from it has allowed us humans to determine that the Universe is expanding and we are able to calculate many things about the expansion. The Hubble Telescope allows us to see things up to 13.4 billion light years away.

Right now we are on the verge of obtaining many new images and data of the very, very early Universe. On Christmas Day, the James Webb Telescope was launched into space. It is much bigger than the Hubble Telescope so it will be able to obtain more data at a much quicker rate. It will be able to see further as well, up to about 13.7 billion light years. 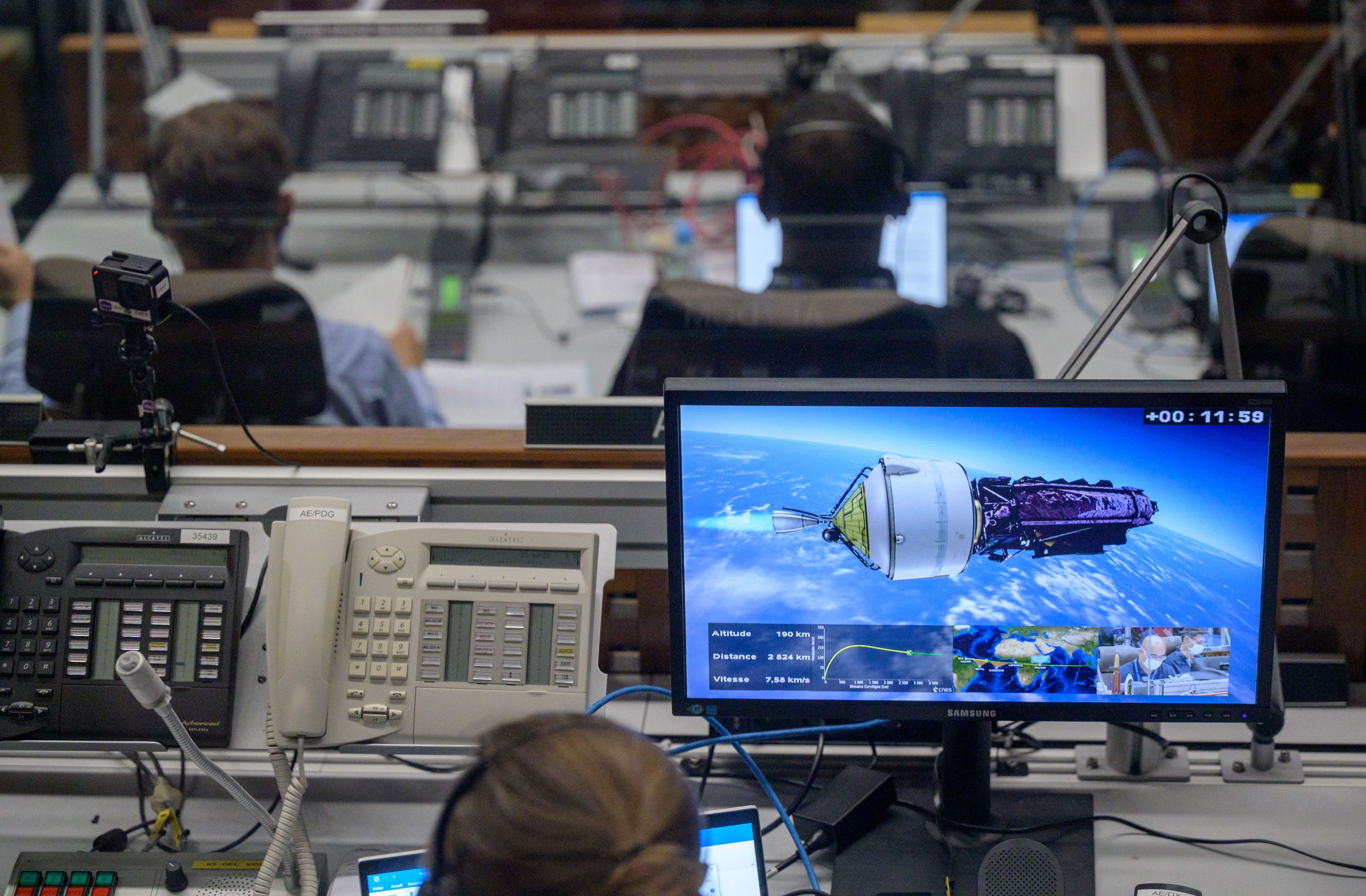 The interesting thing about the James Webb Telescope is that it is not orbiting the Earth but is in a place orbiting the Sun and a point that stays the same distance from the Earth. From out there it will have less interference from the light of the Earth so that it can see the most distance light sources, right at the edge of the Universe. This is going to be a very exciting time!

You can investigate more by looking at the James Webb Telescope website: https://www.jwst.nasa.gov/index.html

We recommend checking out the photos provided in the link on the website.  There’s a fantastic visual record of the arrival of the telescope to French Guiana by ship to the launch of the rocket taking it into space.