15 Oct Crunching my Way to the Mailbox

It’s that time of year again: our lawns are a bit soggy, the temperature is mild, and slugs and snails are crawling up the walls. If you are anything like me, you walk to the mailbox, dodging and tiptoeing to avoid them while whispering a stream of apologies when you hear a dreaded crunch. The common garden snail was accidentally introduced in Australia on the bottom of pot plants from Europe more than 120 years ago and is generally only found where humans are. 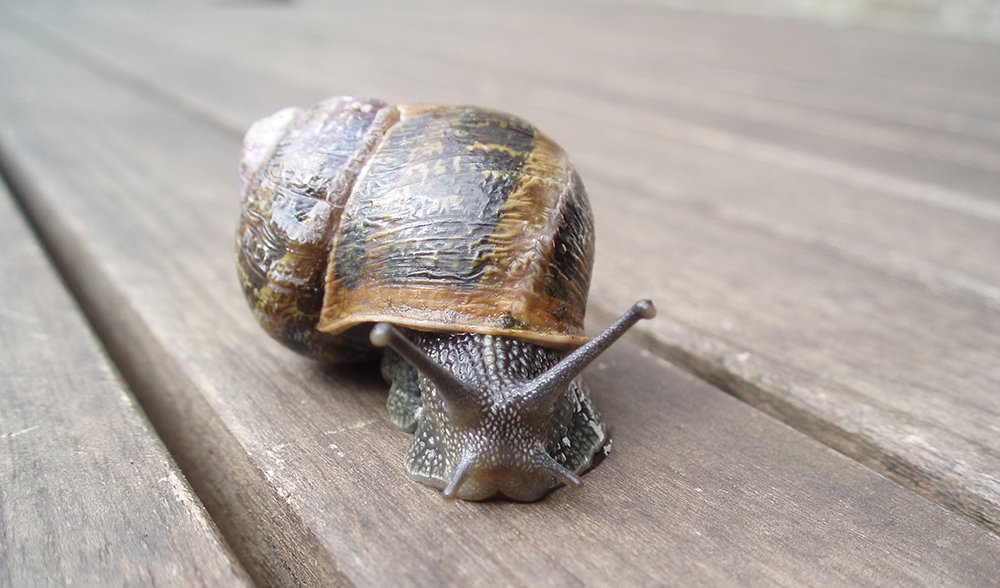 They will enter dormancy once the temperature decreases to 7 °C, or increases to 27 °C and the humidity decreases to 75%, although geographic variation does exist. Typically, we use the term hibernation for winter dormancy or aestivation for summer dormancy, but some sources use the terms interchangeably. By becoming dormant when it is cold, the snails lower their metabolic rate, saving energy during winter when they can’t find food and when the temperature is so low, they can’t move much. They can also survive freezing temperatures by ‘supercooling’. This is a process many animals use to avoid the formation of ice crystals in their body fluids, damaging their cells. By becoming dormant in summer, the snails greatly reduce water loss. To enter summer dormancy, the snail will form a mucous coat around its soft parts, reducing dehydration by more than 90%. These abilities also help the eggs survive in the grass for so long. Where does the snail ‘plague’ suddenly come from?

The common garden snail lays its eggs directly in the soil or the grass. When we have a drought, and the grass dies off, most of the eggs also die. However, in the past couple of years, we have had milder Summers, the grass hasn’t burnt off by the harsh sun, the soil hasn’t dried out as much and the eggs have survived. 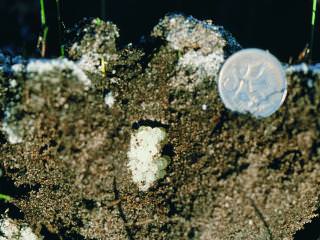 Does Australia have native land snails?

Australia has an estimated 2500 species of native land snails, and most of these live in tropical areas, or areas along the coast with a constantly higher humidity. Many of our native snail species are also carnivorous. Unfortunately, many native snails are also considered agricultural and garden pests due to their herbivorous diet and rather large appetite. While they are not poisonous, in some areas, especially cities where the snails also reside near introduced species of rats (black rat and brown rat), common garden snails can contain rat lungworm. Because dogs taste-test so many random things, they can be at risk of eating snails and getting this lungworm, which is very serious. Sometimes the snails get into the dog’s water or food dishes if left outside. Native birds can also become infected with lungworm larvae, but this lungworm is extremely rare in areas such as the New England Tablelands.

Biological control is best, but not always possible:

People with chickens and/ or ducks often boast (and rightly so) about their lack of morning ground crunching. Native birds, frogs and lizards can also help to keep the snail populations down. Attracting native birds to your garden is easy, but they do seem to prefer bird seed to introduced slimy snails.

Reducing the moisture in the soil and grass is another successful method of pest snail eradication as it will keep the number of viable eggs low, but this can be difficult or nearly impossible in lower areas of the lawn where drainage may be poor.

The best way to get rid of the snails in your garden is to remove them while they are dormant and just keep on top of it when they are out and about, although this is a time-consuming solution for sure.

Many people also find that laying down eggshells and coffee grounds is a great method of keeping the snails out of prized gardens.

Trawling through the literature when researching if more simple animals feel pain can be a daunting and frustrating process, and the end result is always “we don’t know”. Snails, as do most animals, have some of the internal pathways that are associated with pain. Snails are also able to avoid danger and will lift their foot if they come into contact with a hot surface. However, whether this danger avoidance response is associated with a severe discomfort level is extremely difficult to determine.

The problem with baits:

While mollusc baits are the number one solution for most people, pets ingesting these baits is always a risk, and pet-friendly baits aren’t always completely pet friendly. Wildlife can eat the poisoned snails and become sick if the snail bodies aren’t frequently removed. When snails die from the baits, the dead snails usually attract more snails, as while they are primarily plant eaters, they will opportunistically eat dead snails. Because the eggs are lying in the grass, baits are usually only a short-term solution.

Living with pest species is a continuous challenge, and it can often feel like you are beating your head against the proverbial brick wall. This is because our introduced species usually become pests because they are so incredibly good at surviving in many environments. Because of this hardiness, they are so difficult to eradicate. So whatever your solution to your snail problem (if you have one), I hope you will take a minute (or a second) to appreciate the hardiness of the common garden snail.