ROLA (Stone) is a short film depicting the intersection of geology and culture. Directed and produced by UNE palaeontologist and geologist, Dr Marissa Betts, the film beautifully captures the interconnectedness of our environment with human culture and experience. 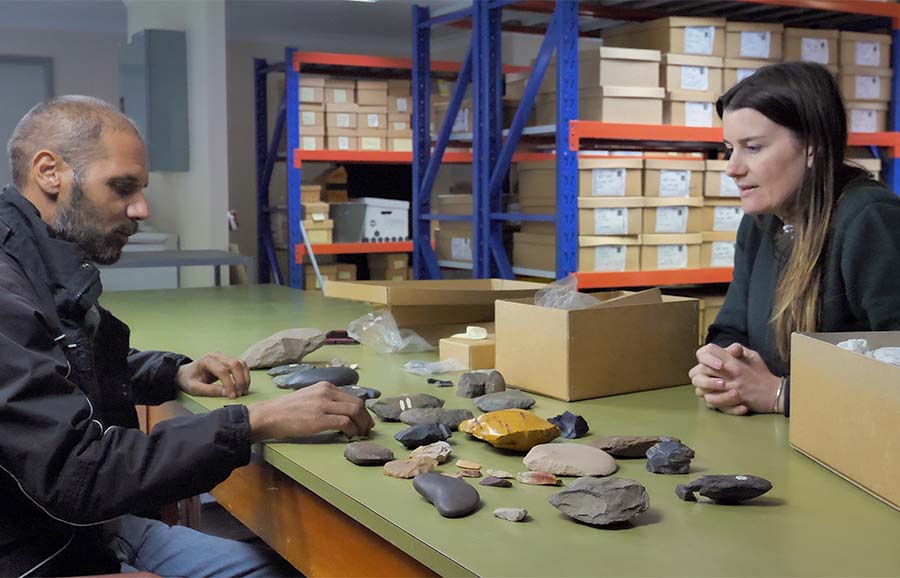 The film features Anaiwan Dreaming stories about local landscapes and explains how geology and environment is key to Aboriginal culture. These Dreaming stories are interspersed with Dr Milan’s and Dr Chapman’s experiences as geologists, identifying local rock formations, unravelling deep time and using geology to understand how the Earth was formed. These narratives are parallel and the two perspectives cannot be separated from each other.

The film was made in response to the destruction of a sacred site in Juukan Gorge, by Rio Tinto in 2020. It is hoped that the film will raise awareness of the inseparable connection between geology and culture. In particular, Dr Betts hopes films such as this will help UNE to graduate geoscientists with a deep understanding of the cultural significance of different sites, how they connect to the geology, and ultimately to make choices in their careers which protect places and people.